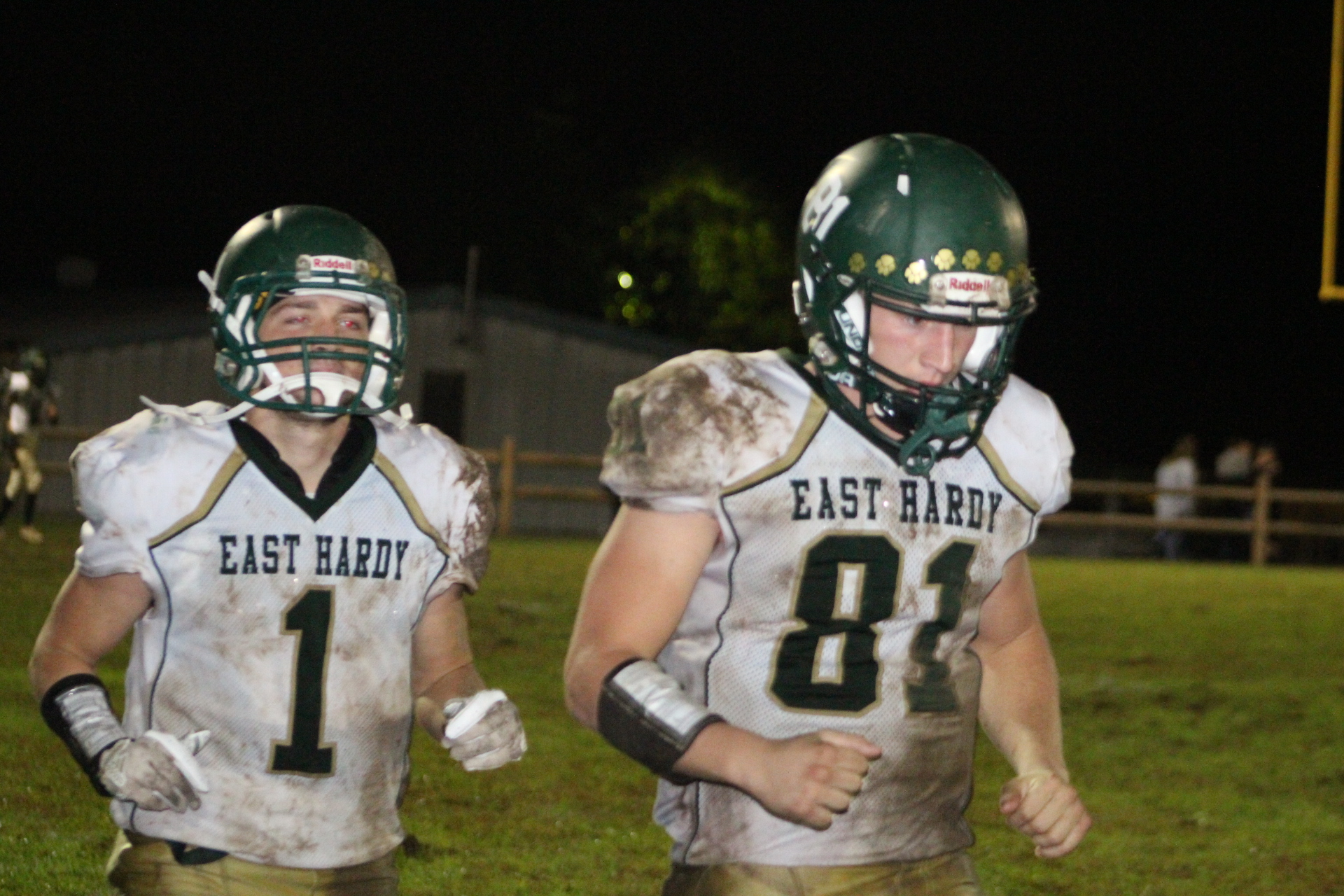 The Cougars frolicked in the mud and pounced with an uncharacteristic ground attack to devour South Harrison 44-7 in Lost Creek last Friday.

East Hardy trudged through the muddy terrain carrying the ball for 272 yards for an effective ground game plan, since the aerial assault wasn’t working with two errant passes on the opening drive and a total of four the entire evening.

“I was pleased with our defensive alignment and speed on Friday. Mud is always the ultimate equalizer, but our boys paid no attention to it and simply executed the game plan,” East Hardy coach Devon Orndorff commented.

“Offensively, we looked a little different tonight than the typical East Hardy scheme. We love throwing the ball in the rain, but the mud proved too problematic for us. We threw 2-of-our-4 passes on the opening drive before I decided to change the game plan. We stuck with the run game the rest of the night and our physicality really showed.”

The Cougars (2-7) defense and special teams stepped up with a pick six, a safety and a kickoff return for a touchdown.

South Harrison (1-7) slipped and fell trying to make tackles in the mud and failed to muster an offensive strategy in the sloppy conditions.

Funkhouser recorded the first touchdown for the Cougars on a 24-yard keeper at the 6:00 mark of the first quarter and added the extra point for the 7-0 edge.

The Cougars’ next score came on defense as Andrew Tharp made an interception return for a touchdown (pick six) and Aden Funkhouser added the extra point to close out the first quarter (0:02) with a 14-0 lead.

Chance Dove led East Hardy with six carries for 106 yards on the ground including two touchdowns, plus a 60-yard kickoff return for a touchdown for multi-purpose contribution.