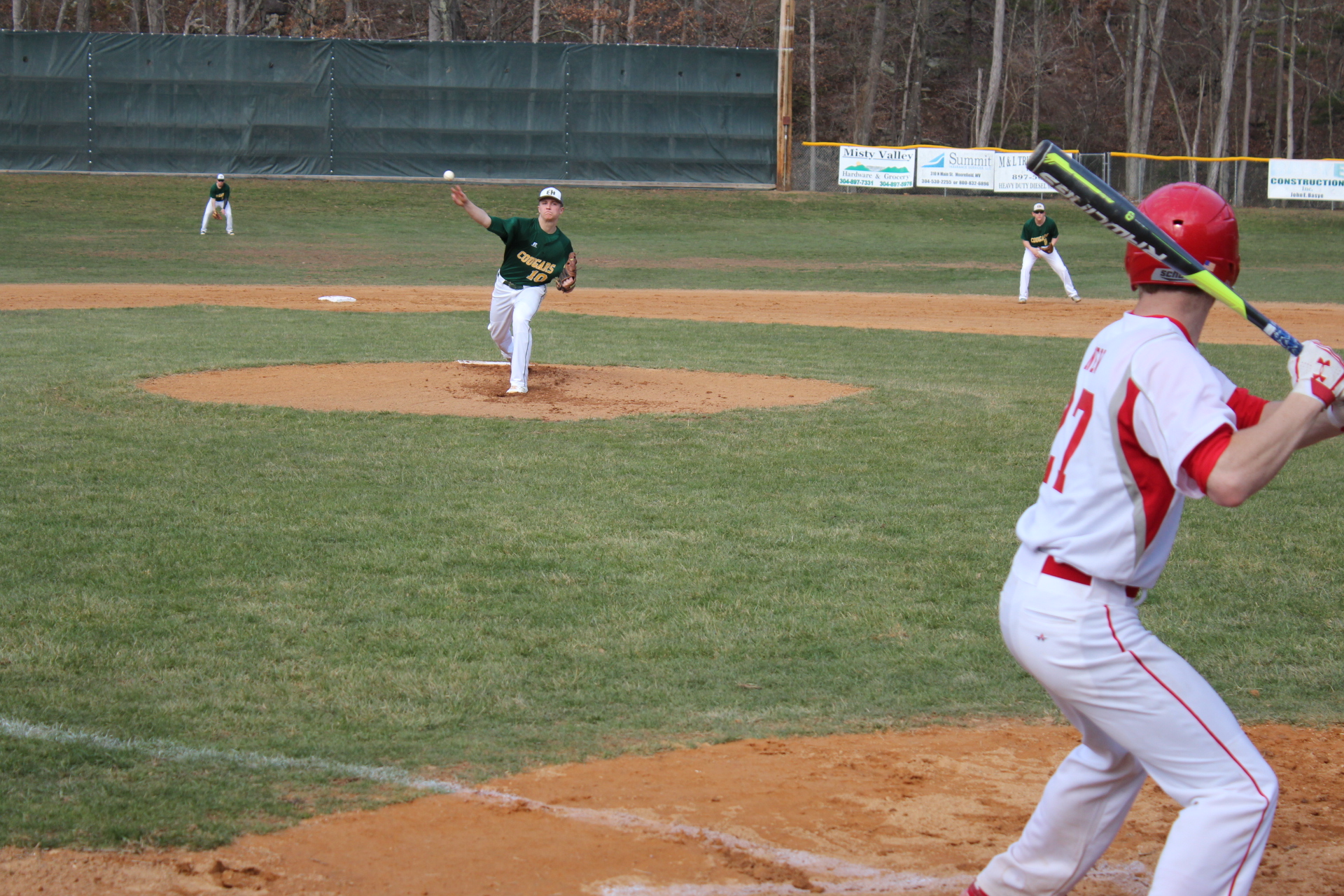 In a doubleheader rematch of last year’s Class A Region II Championship series, East Hardy won the first game 1-nil against the Bulldogs as Brett Tharp pitched 11 strikeouts in a complete game shutout and hit the winning home run before losing the nightcap 18-7 on Thursday.

“I was glad to finally see us get a win tonight,” East Hardy Coach Eric Heflin remarked.

“They knew what they had to do and that’s exactly what they did. I’m very proud to see Brett [Tharp] finish a game as a pitcher and have 11 strikeouts. His home run gave us the momentum we needed to finish the game strong.”

Smith took the mound for the Bulldogs and was equally effective with ten strikeouts on the day and allowed only two hits.

East Hardy leadoff batter junior Logan Whetzel hit a hard grounder to first baseman Austin Simmons, who bobbled the ball and recovered just in time with a throw to Smith dashing over to cover first base.

Cougars freshman batter Andrew Tharp was tagged out on a dropped third strike for the second out.

Older brother Brett Tharp connected on a full-count pitch by Smith resulting in a double in center field, then stole second base on a passed ball before being stranded on a pop-out hit by senior Clay Skovron.

In the top of the second inning, Tygarts Valley’s Hunter Lanham knocked the ball into the air for what looked to be a blooper except Cougars center fielder Clay Skovron made sliding save for the out.

Whetzel tracked down a pop fly in shallow right field off the bat of Logan George, then Brett Tharp retired the side with a strikeout to Jake Tackett.

Tharp issued a full-count walk to Simmons to begin the third inning, who stole second base before Willie Walden was thrown out at first base on a dropped third strike.

Tygarts Valley’s Daniel White hit a fly ball into left center field where it was caught on the run by Skovron, then New struck out looking.

East Hardy sophomore Seth Smith flew out to Bulldogs right fielder Austin Lanham in the bottom of the third inning.

Cougars sophomore designated hitter Austin Alt struck out and Whetzel was out at first base on a dropped third strike to end the frame.

In the top of the fourth inning, Tygarts Valley’s Austin Lanham grounded out to Whetzel, then Tharp sandwiched two strikeouts around a walk to Hunter Lanham.

After a strikeout to Andrew Tharp, Smith had a 2-2 count on Brett Tharp moments before he smashed a solo home run over the black monster in center field for the 1-0 East Hardy advantage.