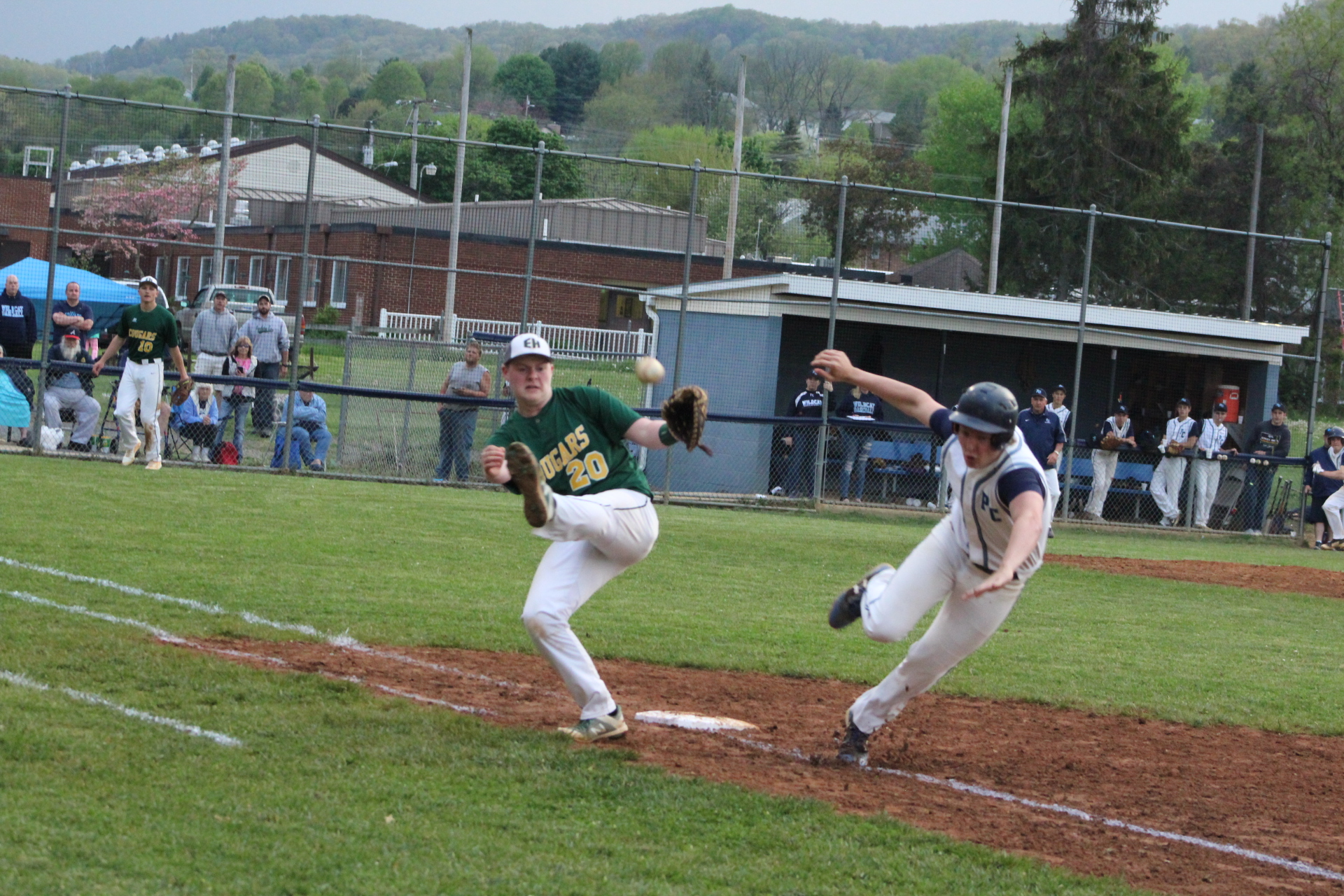 The Cougars roared ahead 5-1 with two home runs before Pendleton County stormed the bases in a 6-5 victory rally during the opening round of the Class A Region II Section 2 Baseball tournament in Franklin on Tuesday.

“Two home runs at the beginning of the game is great, but we just didn’t follow through with it,” East Hardy Coach Eric Heflin remarked.

“We just let them in the game, late in the game and that’s what happens. That’s baseball and anything can happen.”

Whetzel connected on the first pitch from Pendleton County’s Timothy Thorne, but the ball found its way into Jared Lambert’s glove in left field for the initial out of the opening frame.

Alex Miller singled into left field before taking a flight home courtesy of a center field bleachers blast by Clay Skovron putting the Cougars up 2-nil.

A check swing by Brett Tharp was determined to have crossed over the threshold for a strikeout, then Adam Baker drew a walk before Christian Dove was thrown out on a dropped third strike by Pendleton County catcher Kole Puffenberger to Thomas Davis to retire the side.

East Hardy pitcher Brett Tharp hurled the ball towards the plate and Addison Rexrode started the game at the plate just like the game in Baker earlier this year smashing a solo home run over the center field fence as the Wildcats cut the deficit in half, 2-1.

Tharp shrugged off the home run by tossing two consecutive strikeouts to Pendleton County’s Grant Evick and Timothy Thorne, but Kole Puffenberger answered with a single before the inning was closed on a strikeout to Thomas Davis.

East Hardy’s Andrew Tharp started the second inning with a single into left field, then Noah Miller slapped a sharp grounder of the foot of Thorne on the mound and the ball up and landed for a single as Rexrode fielded it without a play to make.

Thorne walked off the stinger, then Tharp stole third base to put runners on the corners before Seth Smith struck out.

Whetzel launched the ball over the left field fence for a three-run home run as Lambert tried to corral it when crashing into the fence and the ball deflected away to provide the Cougars with the 5-1 lead.