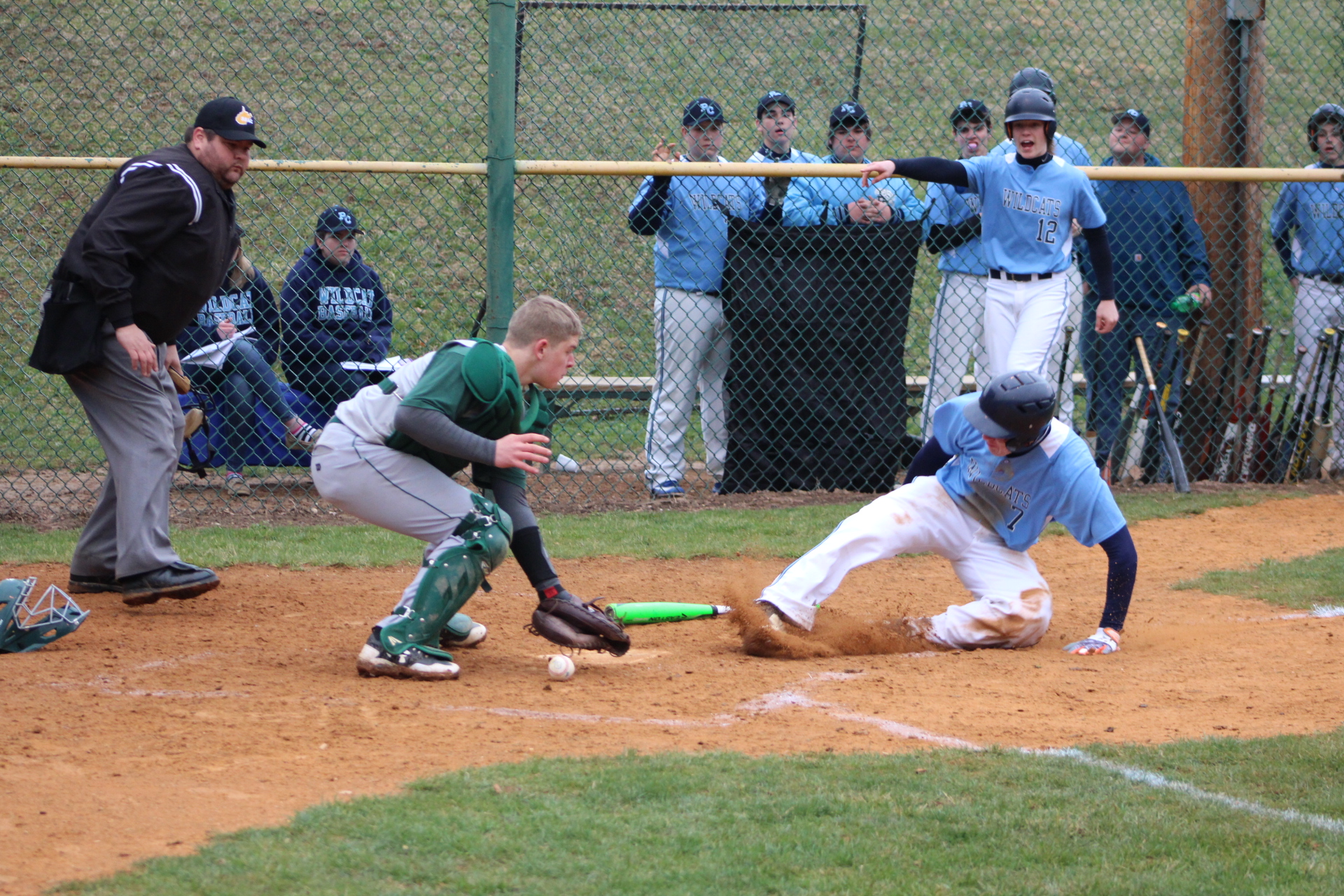 Pendleton County chilled the Cougars with a 13-0 lead, but East Hardy warmed up despite the flurries of attacks to cut the deficit to two runs in a four hour marathon ending in a 17-15 victory for the Wildcats on Monday.

The Wildcats thrashed East Hardy with ten runs in the first inning including two home runs, but the Cougars refused to give up and fold for the night.

“We have been talking with them all season long not to give up and keep playing a full game. Put mistakes behind you and move on,” East Hardy skipper Eric Heflin noted.

“Here for the past two games, that’s what they have been doing and that’s all you can ask of them. They battled back from a 13-0 lead and ended up making it a two-run game. I’m proud of them for that. The older guys know what to do on base every time and these younger guys we are working with them. They are picking it up and getting better a little bit at a time and with stuff like this it shows.”

Smith issued a walk to Timothy Thorne, then Jared Lambert singled for the Wildcats.

After a groundout by Kole Puffenberger, Pendleton County’s Thomas Davis ripped a two-run producing double into left field arriving safely at second base as the ball was dropped.

A passed ball on a walk to Grant Evick put runners on the corners, then Evick stole second base.

After a meeting on the mound, Smith remained in the game and Pendleton County’s Kyle Kimble notched an RBI single into left field and Evan Kile singled into center field placing runners on the corners.

Rexrode stepped up and smashed his second home run, but this time with company aboard on the three-run shot for a 9-0 advantage.

The Cougars brought in Noah Miller to pitch and Thorne sent a greeting of a double into left field.

Lambert reached base on an error at first base and the throw home went awry as the Wildcats extended the lead to 10-nil before the side was retired on a pop-up and groundout.

“It was huge getting that lead. Anytime you play East Hardy, you know they are going to put a lot of balls into play and make a lot of things happen to score runs,” Pendleton County coach Sam Yokum remarked.