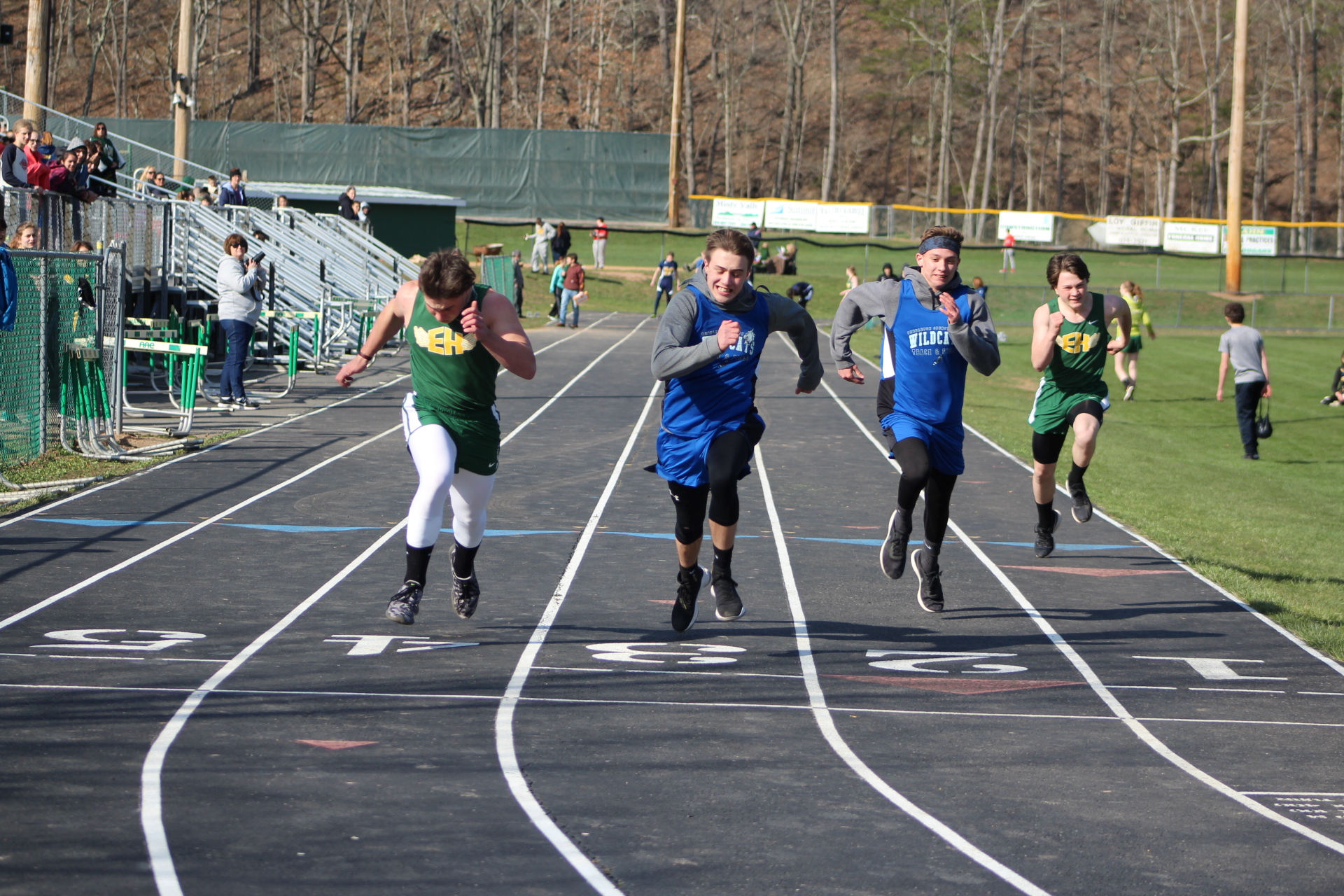 The sun was out in full force beaming down rays of success as East Hardy Track squads illuminated the tri-meet in Baker with gold medal prominence, while Moorefield Girls placed second and Moorefield Boys finished in third overall with Pendleton County swapping the placement spots.

The East Hardy Track Meet started out with the Lady Wildcats winning the 4×800 relay race in a time of 12:48.25, followed by East Hardy at 13:05.48 with Marina Stotelmyer, Liz Dove, Sydney Vaubel and Mariah Payne, then Moorefield at 13:19.26 with Taylor Tippetts, Shyanne Whetzel, Abigail Eye and Brooke Ketterman.

It was an all-Hardy County battle in the 4×800 boys relay race with the Cougars crossing the finish line in first place in a time of 10:05.77 with Nathan Phillips, Aaron Fishel, Christian Robinson and Bryce Tharp and the Yellow Jackets grabbed the silver in a time of 11:35.09 with Owen Hartman, Aiden Richardson, Matthew Weatherholt and Matthew Wright.

Over in the discus area the girls were competing and Moorefield’s Kaitlyn Orndorff threw a distance of 69’8.5” for the gold medal, followed by East Hardy’s Summer Funkhouser in second place at 65’3” and Moorefield’s Brooke Ketterman took third at 62’0”.

One had to be alert near the discus pit as a scratch could mean the apparatus was flying into foul territory near an observer.

East Hardy’s Adam Larson had a landing technique in the boys long jump which had him landing and rolling through the sand which was unconventional, yet earned a gold medal with a distance of 17’2”.

Larson was in his sweatshirt before returning to normal attire of the uniform and the new earrings stayed intact, but could have sand lingering in the ear lobe.

Moorefield’s Seth Wilson snatched the silver in the long jump with a distance of 16’9” and the only other competitor to go over the 16-foot mark was Moorefield’s Seth Snyder in third place at 16’4”.