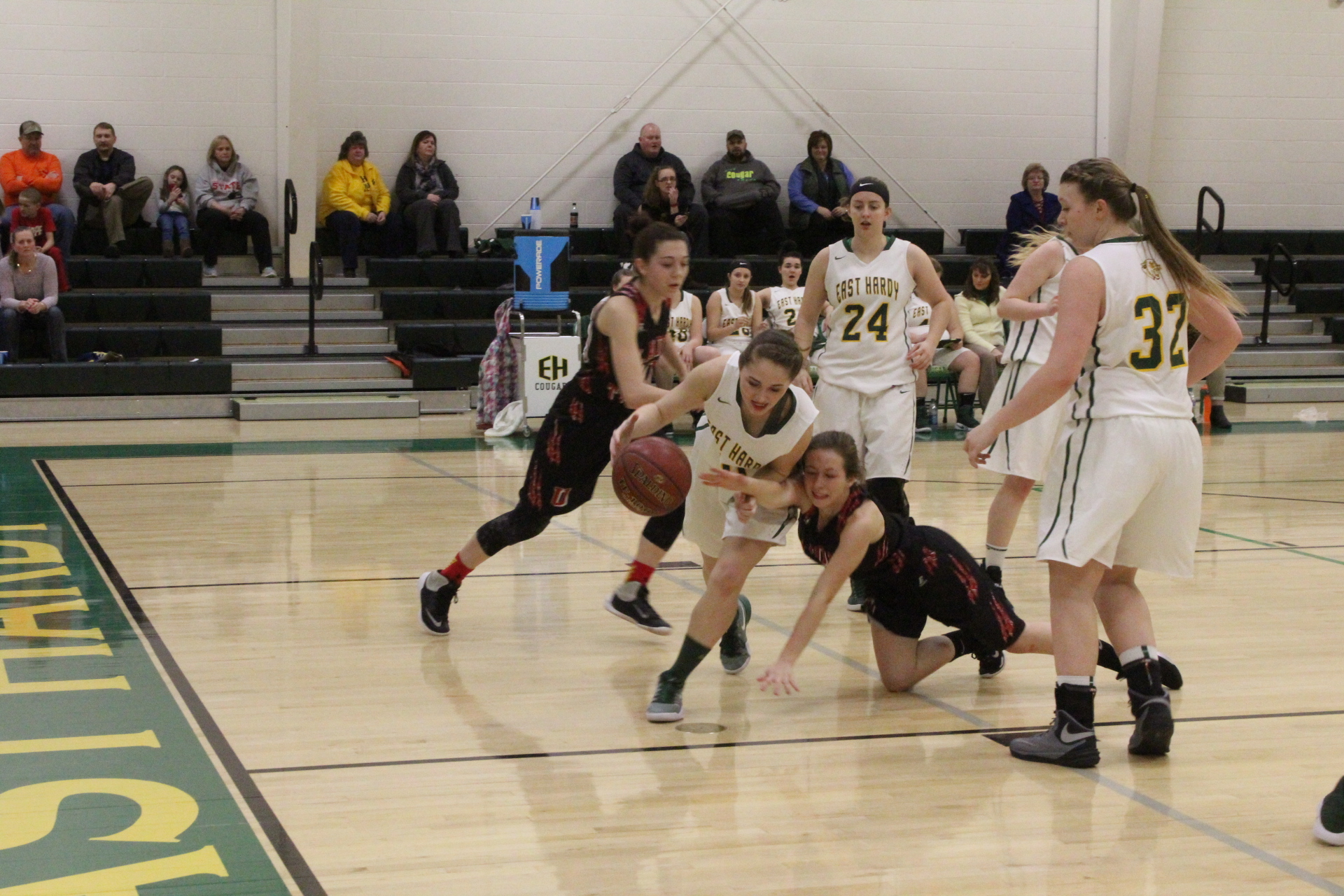 East Hardy started out with an 18-0 run and had four players score in double figures to surround and ensnare the Lady Tigers in the Den with a 58-32 victory on Tuesday night.
The Lady Cougars were paced by Brooke Miller with a double-double of 14 points and a dozen rebounds, followed by Leanna Basye and Lexi Strawderman with 12 points apiece and Julia Hahn added 11 markers against Union.

“This was a game where we could get our legs back underneath us after the break,” East Hardy Coach Bridget Billmeyer commented.
“We tried to help them, having only five kids, by not pushing them down the floor too much. We pushed the ball enough to get our legs underneath us and start playing ball the rest of the season. It was helpful to play the bench too.”

Union’s Allison Collette made a steal to begin the game, but the ensuing shot was off the mark and East Hardy’s Leanna Basye grabbed the rebound leading to a pass to Julia Hahn for a 3-pointer at 7:11.
Hahn snatched a defensive rebound and the Lady Tigers deflected a pass out of bounds, but Miller continued the possession with an assist to Basye.

Basye stole the ball after a missed Union basket, then Emma Baker made an offensive board and passed to Miller, who completed an old-fashioned three point play to put the Lady Cougars up 8-nil at 5:52.
Just over a minute later, Hahn stole the ball and received an assist from Basye on a 3-pointer.

Miller collected a defensive rebound and her pass was deflected out by Union’s Kiara Walden.
Lexi Sirk made a defensive board for the Lady Tigers, then East Hardy’s Hannah Fogel grabbed a rebound.
Miller drew a foul and connected on both free throws for a 13-0 advantage at the
3:36 mark.