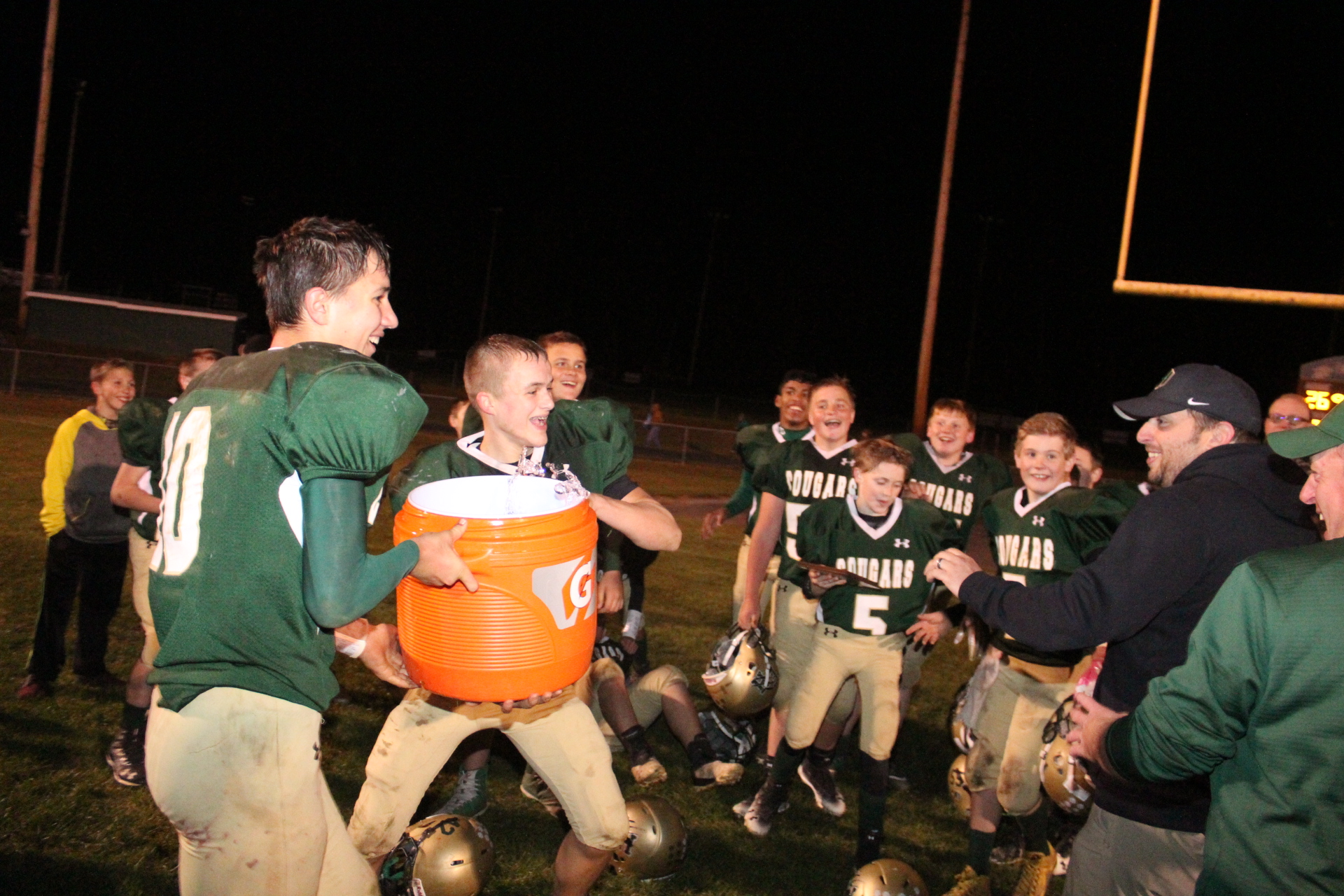 Having been the runner-up the last three seasons, the Cougars could taste the victory this time facing Romney Middle School.

“I knew they would make adjustments from the first time we faced them and I didn’t know what they would be. We saw what they were doing and we had to make our adjustments, then we got a little heads up on it. It’s always nice to jump on top and get that lead. The boys start to play more loose and fast when we are up and that’s what we did tonight. It is great to keep the title in Hardy County for at least four years in a row. It is nice to finally have one on our side of the mountain. It is just great for these kids, who came out and worked hard everyday.”

Romney Middle School kept the Cougars out of the end zone for the first quarter, but couldn’t score as EHEMS (7-1) clamped down on defense as well.

EHEMS caught the initial break in the second quarter as Cougars defender Kyle Hunt recovered a fumble at the 4:05 mark which led to a touchdown on the ensuing possession.

EHEMS quarterback Mason Miller rushed 64 yards for the championship’s first touchdown and the two-point conversion came up short as EHEMS took a 6-0 lead over Romney Middle at the 3:54 mark.

The Cougars took over at their own 10-yard line with 51 seconds remaining in the second quarter and engineered a five-play scoring drive.

After an incomplete pass, EHEMS’s Dylan Poling made a first down catch at the 26-yard line and dashed out of bounds.
Miller rushed for nine yards and a timeout was called with 32 seconds to go.

A first down run by Miller was made at the 46-yard line and quickly stepped out with four seconds left.

As time expired, Miller connected with Dawson Price for a 54-yard touchdown reception as the Cougars grabbed a 12-0 advantage at halftime (missed conversion pass).