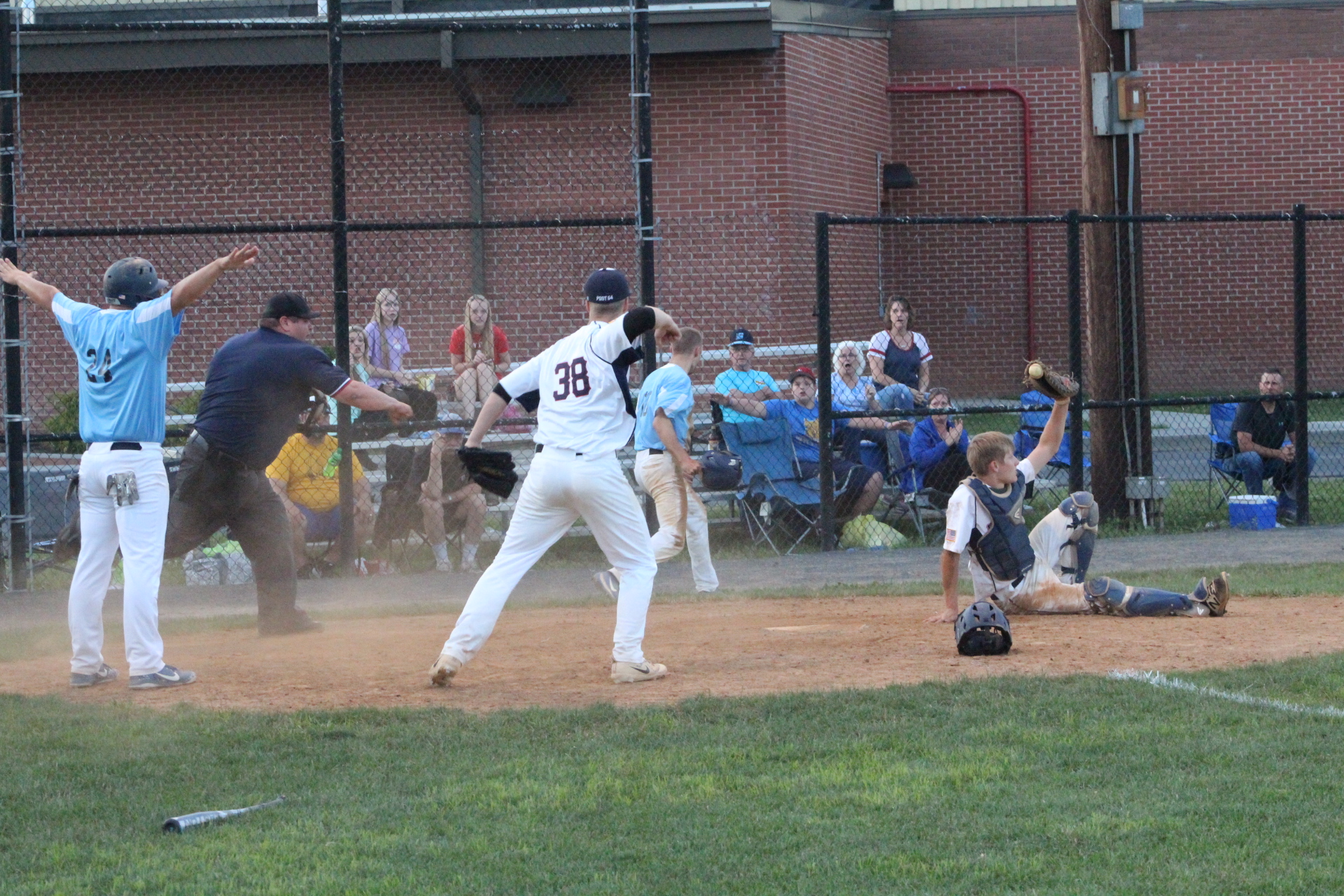 Moorefield American Legion Post 64 Baseball battled in a doubleheader at Geoge Hott Field on Thursday in the season opener, but fell short against Garrett County Post 214/71 in a 7-5 eight inning game and 9-7 five inning contest.

“A typical opening day trying to get to know each other a little bit better, learning to play with each other,” Moorefield Post 64 manager Ritchie Baldwin commented.

“I thought we were a little flat, but I thought we responded well in the later inning of both games. We left a lot of runners on. Pitching is a little different league to pitch in. The pitchers have to learn to hit corners and throw off-speed stuff. It will come and we’ll get better as we play.”

Moorefield Post 64 starting pitcher threw a fastball and catcher Westly Martinez reached up to snatch the ball and caught the backswing of Garrett County Post 214/71 batter Hayden McLaughlin which injured his hand requiring treatment and Lane Ours stepped in as the backup catcher.

McLaughlin stole second base and advanced on a sacrifice bunt by Calyb King.

Garrett County Post 214/71’s Brandon Lucas launched a fly ball which was caught by Moorefield Post 64 left fielder Garett Haggerty and the throw home to Ours was in time for the tag to be applied for the out.

Van Meter was stranded as Jake Ours struck out and Austin Whetzel grounded out.

Ashby drew a leadoff walk in the second inning for Garrett County Post 214/71, then advanced to third base on a double by Bryce Jones down the left field line just past the dive of Moorefield Post 64 third baseman Hayden Baldwin.

Peyton Carr sent a ball just over the stretch of Moorefield Post 64 right fielder Fisher Wheeler arriving at second base producing one run and reached third base on the throw to Moran.

Garrett County Post 214/71 took a 3-nil advantage as Sam Beeman made an RBI sacrifice fly which was caught by Wheeler.