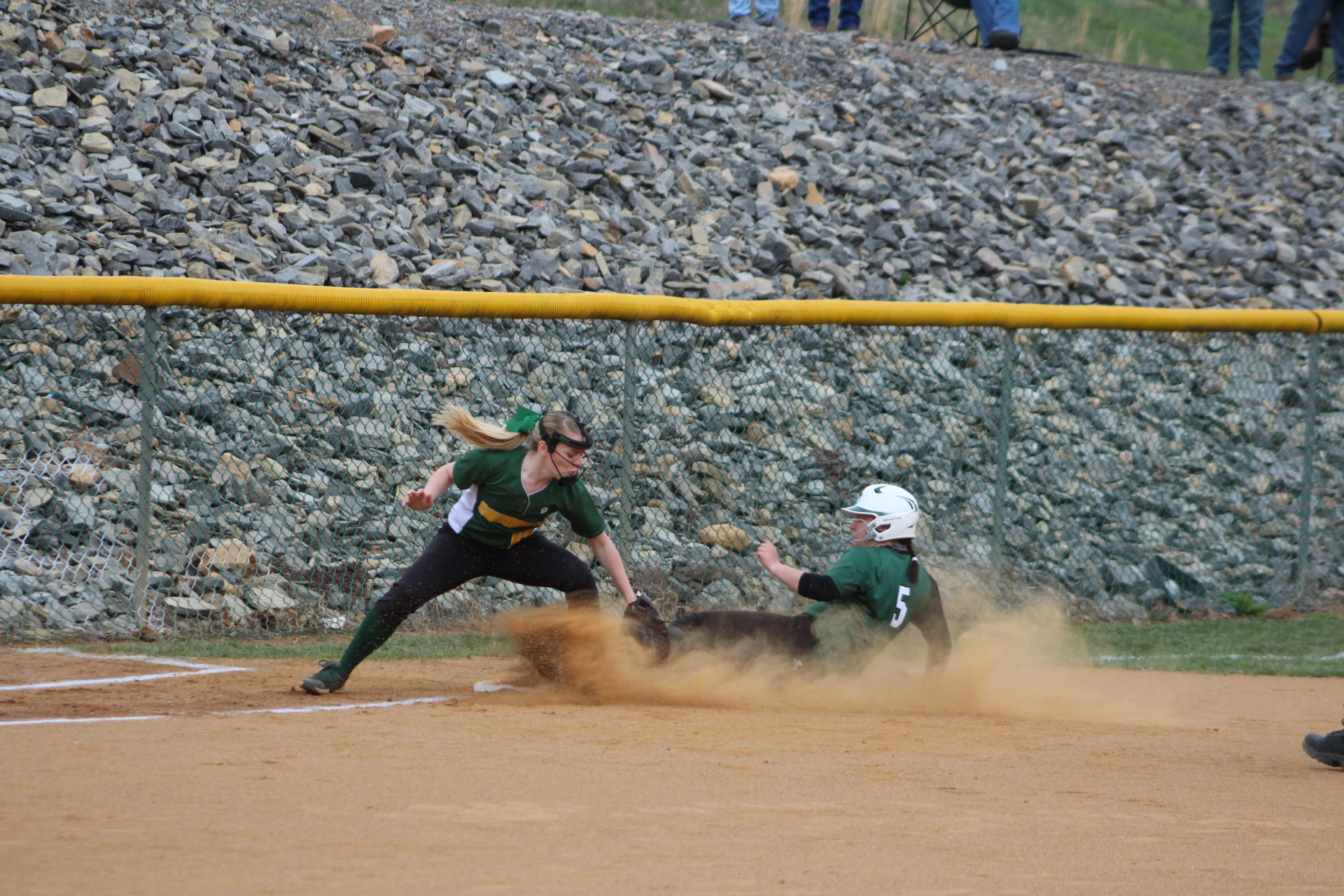 The Lady Gobblers appeared to be ensnared in an East Hardy trap on senior night only to squawk away from capture rallying for a 6-5 victory, while Broadway Baseball smashed two home runs in a 13-0 shutout win on Monday.

The Lady Cougars celebrated the softball careers of seniors Emma Baker, Leanna Basye, Julia Hahn, Skye Metzer, Brooke Miller and Lexi Strawderman prior to the contest in which each one contributed to an early 4-1 lead.

“These seniors did an outstanding job, especially today. Both of my pitchers on the mound and my hitters were getting us some runs and things,” East Hardy Softball Coach Ashley Taylor remarked.

“I am very proud of them. They’re definitely going to be missed. Our team is going to have trouble filling their shoes, that’s for sure. With a team like that, it means a lot for our team to have an early lead. Once our girls got up, they were pumped and they stayed pumped the whole game. That’s a really good solid team and I am proud of what we did today, just wish we could have pulled out the win.”

Broadway’s Sarah Wimer hit into a fielder’s choice out as East Hardy shortstop Julia Hahn collected the ball and threw it to third baseman Emma Baker to catch Williams.

A pop-up was caught by East Hardy’s Madison Strawderman for the second out, but the Lady Gobblers managed to squeeze a run home on Emily Cambell’s RBI single into right field with Emily Yates throwing home and Metzer tossing to third base nearly making the out.

Campbell was caught in a rundown tag by Hahn to retire the side.
Never count a team as finished with two outs, because rallies happen when they are confident.

Broadway pitcher Grace Fravel opened the frame with a strikeout to Madison Strawderman before giving Lexi Strawderman a free pass.

Metzer popped out to the Broadway catcher Gretchen King for the second out, then the Lady Cougars (6-10-2) started the rally as Miller smacked the game-tying RBI double and advanced on the throw home.

Hahn followed with an RBI triple aided by an error in right center field as the ball ricocheted off a glove as East Hardy went up 2-1.

Hankins made a diving save on a grounder by Basye and was up in time to throw to first base.

Fravel grounded out to Basye to start the second inning and King singled into left field for the Lady Gobblers (9-2) to have one runner aboard.

Broadway’s Alyssa Goodloe was given a walk, but Tavia Shipe hit into a fielder’s choice out from Miller to Baker at third base.

Madison Strawderman fielded a grounder and dashed to first base for the out reaching it before Williams.

Fravel pitched two straight strikeouts to commence the bottom of the second inning, but the rally Cats were ready to make a move as Baker singled into right field.

Madison Strawderman ripped a grounder up the middle for a single as East Hardy’s momentum roared throughout the dugout.

Lexi Strawderman garnered a two-run producing double into right field to put the Lady Cougars up 4-1.