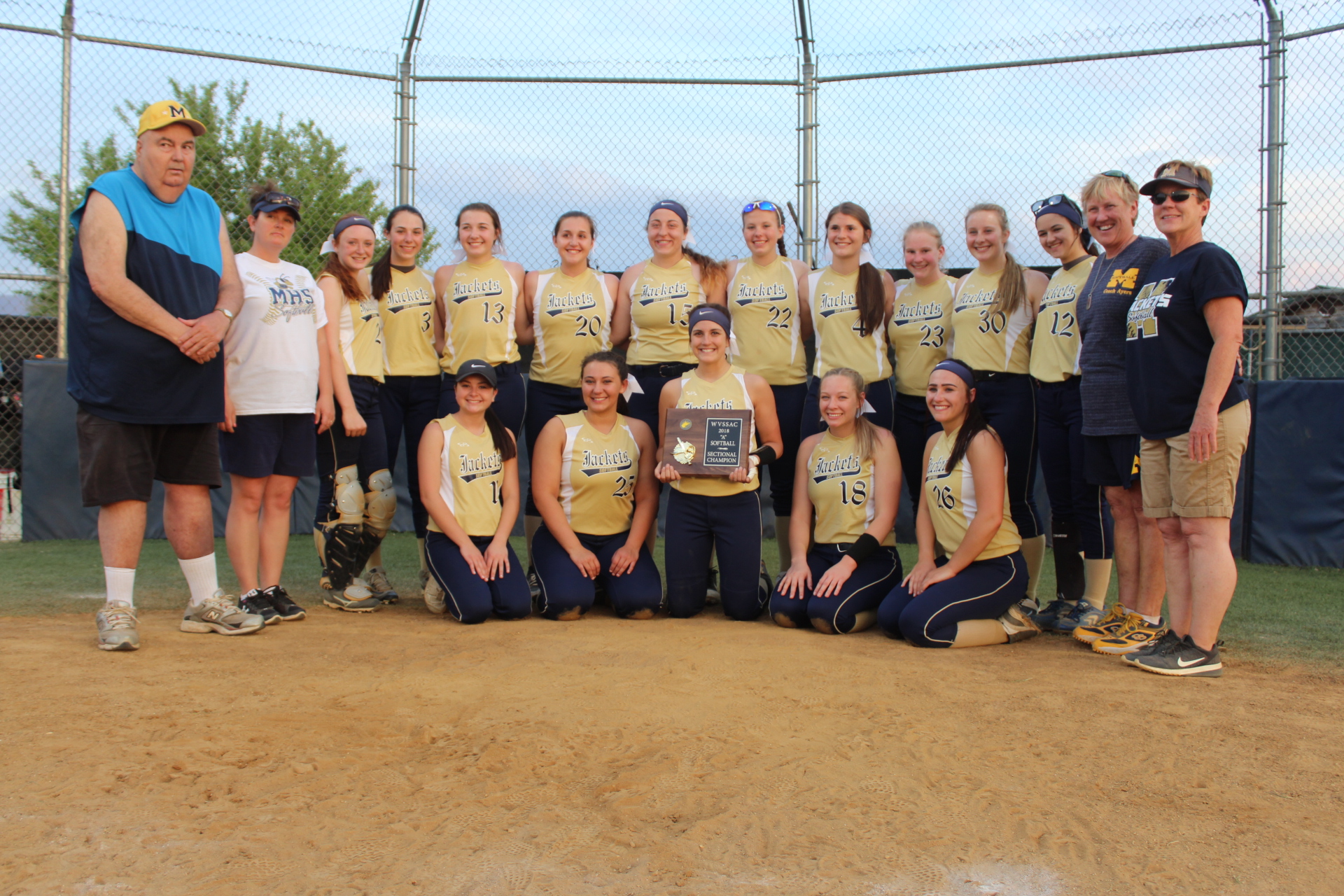 The Lady Yellow Jackets won their seventh consecutive Class A Region II Section 2 Softball championship 8-0 flying off the bat of two home runs by Remington Hinkle in an 8-0 shutout over East Hardy at Sager Field on Thursday.

“This is my seventh year of coaching and we’ve gone to state six of the seven years. This was great to win seven straight,” Moorefield coach Tammie Ayers commented.

“Remi [Hinkle] has been struggling with the bat and has been pretty discouraged, so I was really happy to see that not only did she hit well, but she hit two out. That just makes my heart warm for her. She is a hard worker and has the skill and ability, but when they are slumping it hurts me as much as them. To see her pull herself out of the hole is really special.”

The Lady Cougars reached the championship with an 8-4 victory against Pendleton County, but the momentum came to a halt as Moorefield pitcher Alyssa Vetter and the defense sent the first three batters back to the dugout.

Tori Humphries reached second base on an error by first baseman Brooke Miller with the ball zipping off her glove into right field.

Moorefield’s Hanna Carlson smashed a two-run producing triple with the ball taking a wicked hop past the glove of East Hardy right fielder Emily Yates for a 3-0 first inning edge.

McGregor flew out to East Hardy center fielder Lexi Strawderman, then Baker pitched a strikeout to Vetter and Zirk hit a groundout to shortstop Julia Hahn to end the frame.

In the top of the second inning, the Lady Cougars showed a promising situation loading the bases on three consecutive singles before the magic disappeared.

East Hardy’s Brooke Miller started out with a single into left field, then Hahn singled into center field and Rebecca Whetzel notched a blooper single into right field for the loaded bases scenario.

Moorefield pitcher Alyssa Vetter countered by jamming Jessica Smith into a pop-up to Markwood and Basye popped up to catcher Alyson Simmons.

The Lady Cougars runners were stranded on a fielder’s choice hit by Baker with Markwood making the out at second base.

“These girls never quit at anything. We had a tough schedule and they busted their butts day in and day out in every game. To go out in the championship, we would have rather been on top. To make it here was an achievement in and of itself,” East Hardy coach Ashley Taylor remarked.

“Our bats, we were hitting and it was just going right to them. We couldn’t find gaps and Moorefield has a really good ball team. We just couldn’t find the gaps and they did a nice job covering them.”