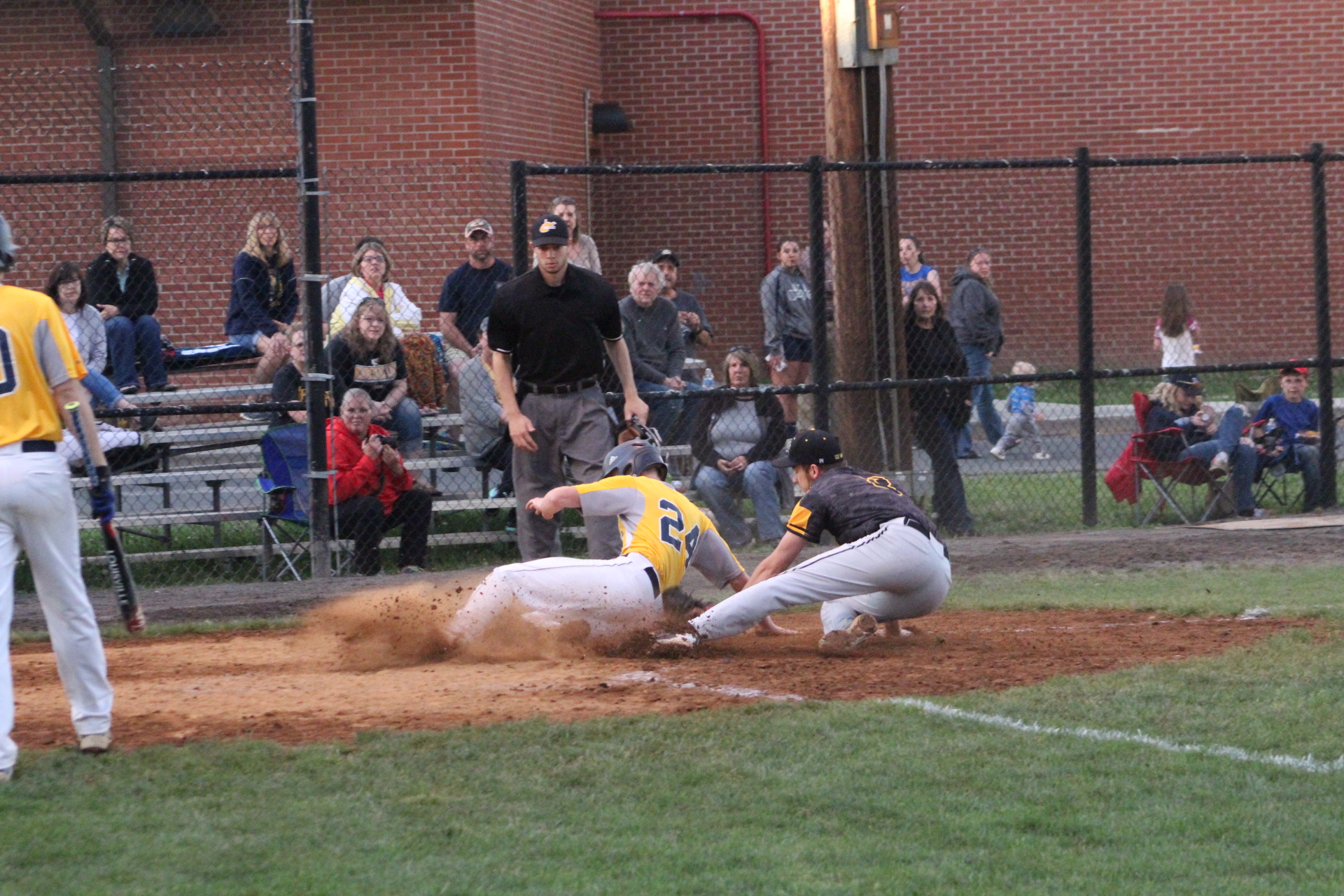 Jackets Allow One Hit In Playoff Win Over Tucker County

The Yellow Jackets buzzed around the field with ten hits and defensively thwarted the Tucker County invasion as Hayden Baldwin pitched a one-hitter with 11 strikeouts creating a 10-0 five-inning shutout victory during the opening round of the Class A Region II Section 2 baseball tournament at George Hott Field on Monday.

“We are right where we want to be with this win. Our guys played very well and have confidence,” Moorefield coach Wade Armentrout noted.

Tucker County went down in order as Baldwin finished the side with strikeouts to Cameron Wamsley and Christian Purnell.

The Yellow Jackets secured two baserunners on two hits in the first inning, but they were left aboard.

Moran led Moorefield with three hits in this playoff game against the Mountain Lions.

Garett Haggerty followed with a bunt single which was corralled by Moss without a chance for a play.

Watts hit into a fielder’s choice out by third baseman John Gherman, then Jake Ours popped out to Liller at shortstop and Baldwin grounded out to Gherman.

In the top of the second inning, Baldwin fanned three consecutive Mountain Lions as Gherman, Augustus Mullennex and Shane Humphrey all went down swinging.

Moorefield’s Isaac Van Meter got the offense started with a single down the third base line, then Lane Ours garnered an RBI double into center field for the initial 1-nil edge and advanced during the throw home.

Grant Keller connected for an RBI groundout putting the Yellow Jackets up 2-0.