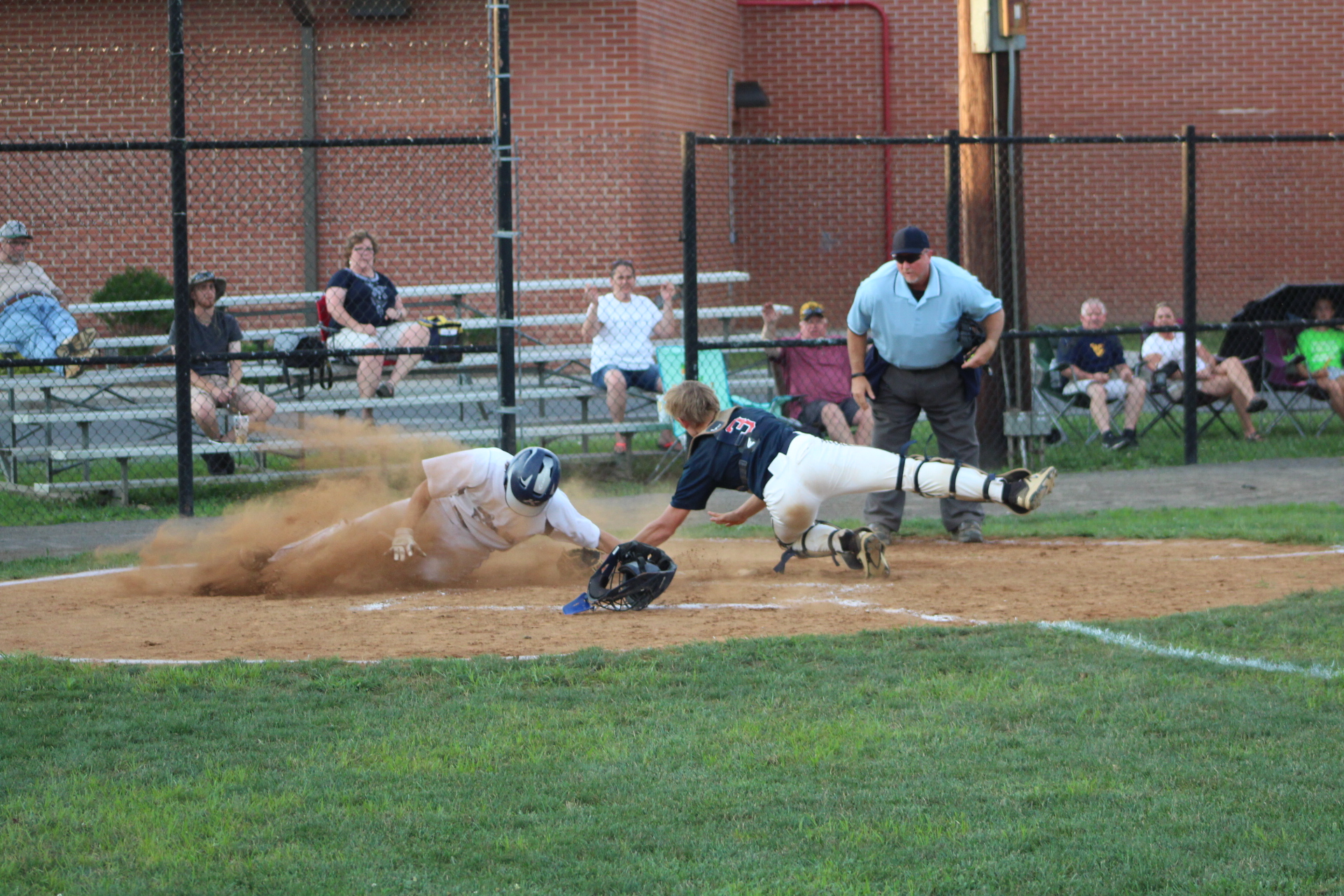 Moorefield Post 64 fumbled away an early lead as Kingwood Post 56 rallied for a 5-3 victory at George Hott Field during the American Legion Baseball Area 4 Tournament opener on Thursday.

“It started when Isaac [Van Meter] started getting sore. My plan was to go as far as I could with him,” Moorefield Post 64 skipper Ritchie Baldwin remarked.

“Jake [Mauzy] came in and pitched well. Errors kill you. You’ve got to know what you are doing. If you don’t, they are going to capitalize and they did. I didn’t think we hit well. Their pitcher kept us off-balance all night. He did a great job, but we didn’t do a great job adapting to what he was giving us. Regroup and come out here again and try to get the W. I want to play two games on Saturday. We’ll see what happens.”

Brett Tharp connected for a single up the middle for Moorefield Post 64 and was held in check by Kerzak sending him diving back twice during Blake Watts at-bat, then stranded as Watts popped out and Jake Ours struck out.

The outfield defense helped Moorefield Post 64 pitcher Isaac Van Meter celebrate his birthday with three consecutive catches in the bottom of the first inning with Watts snatching the ball twice and Ours tracking down a line drive.

In the top of the second inning, Moorefield Post 64’s Hayden Baldwin crushed a double near the center field fence and advanced to third base on a flyout by Austin Whetzel.

Van Meter garnered an RBI sacrifice fly into right field for a 1-nil lead before being left aboard on a strikeout to Lane Ours.

Kingwood Post 56’s Austin Forbes sliced a single into left field, then Tucker Livengood bunted the ball into the air and it was caught by Van Meter.

Watts made a diving save for a catch to keep Forbes at first base, but Kingwood Post 56 managed to tie the game as Ethan Stewart singled into center field with the ball eluding Ours giving Forbes time to race home and Tharp took the cutoff firing to Ault denying a double to end the frame.

Kerzak tossed a strikeout to Moorefield Post 64’s Garett Haggerty to begin the third inning before issuing a walk to Ault.

Tharp singled into left center field as the momentum continued with Watts and Jake Ours smacking back-to-back RBI singles for a 3-1 advantage with the latter hopping past a sliding attempt in left field.