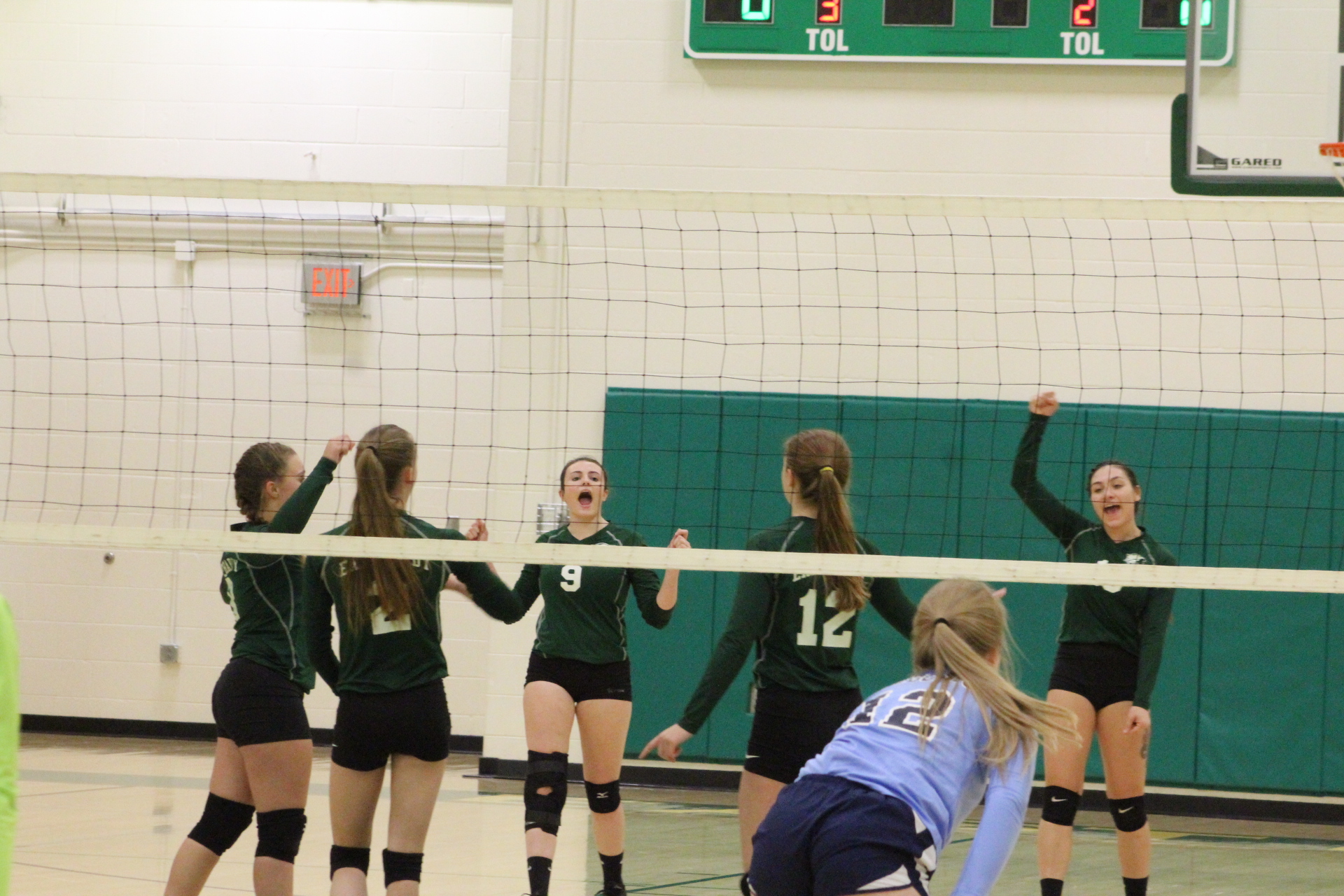 East Hardy Volleyball utilized good service accuracy to bounce the Lady Wildcats out of the Class A Region II Section 2 semifinal playoff match in straight sets in Baker on Monday: 25-4, 25-14 and 25-11.

The Lady Cougars advanced to the Class A Region II Section 2 championship on Tuesday against Moorefield with the victory, while the Lady Yellow Jackets beat Paw Paw in the other semifinal by a match score of 25-10, 25-16 and 25-12 with both teams earning an automatic berth in the Class A Region II Tournament at Doddridge County on Saturday.

“It was really special. It was nice to today, because everything seemed to click. Thank goodness, it is now or never,” East Hardy coach Ashley Taylor remarked.

“Everything worked really well today and hopefully we can carry that into tomorrow too. Our serves were awesome tonight and hopefully we don’t make any errors tomorrow like we did today. Specifically, Emily Yates did an awesome job serving today. Technically, we advance to the region tournament at Doddridge County.”

Emily Yates created 20 consecutive service points with six aces for the Lady Cougars in the opening set of the section semifinal en route to a 25-4 win.

East Hardy’s Jaden Fleshman started the set serving and the ball was sent back on an attack by Pendleton County’s Katelyn Scott which was returned into the net by Jessica Smith for the first point.

Yates garnered a kill to tie the set, then the serve by Smith was returned out of bounds.

An attack by Pendleton County’s Braeyn Tharp was met with a dig by East Hardy’s Perry Whetzel and the set from SierraMarie Miller was taken by Fleshman for an attack that sailed out of bounds.

Smith earned a point on an attack which wasn’t returned, then Yates started her accurate service streak.

An attack by Lady Wildcats’ Makenzie Arbaugh went awry, then East Hardy notched points on an ace by Yates and kill by Erin Riggle.

Miller launched an attack and it was redirected back into the net.
Riggle’s attack was met with a dig by Pendleton County before being bumped into the net.

After a timeout, Miller notched a point on a spike and an attack by Fleshman was returned out of bounds by Arbaugh.

Yates served an ace, then the next serve was deflected out of bounds on a dig attempt.

Four straight aces by Yates provided an 18-2 advantage for the Lady Cougars and the damage continued.

Digs by two Lady Wildcats couldn’t be corralled to return another Yates serve, then an attack by Riggle was deflected out of bounds.

Pendleton County’s Hannah Swigunski made a dig off Yates’ serve and an attack by Haley Moats was bumped up by Perry Whetzel and Victoria Ames set for Riggle sending the ball through a block for a point.

Yates had her serve returned into the net by the Lady Wildcats giving East Hardy a 22-2 lead, then Pendleton County broke the serve as Tharp notched a point bumping the ball to the back line.

During a serve by Tharp, the Lady Cougars were whistled for a hitting violation.
Smith made a dig on the next serve and Ames set for Miller to smash the ball.

An attack by Smith was sent off go Swigunski’s dig into the net to end the first set, 25-4.

East Hardy began the second set with a 12-nil lead with Miller serving.