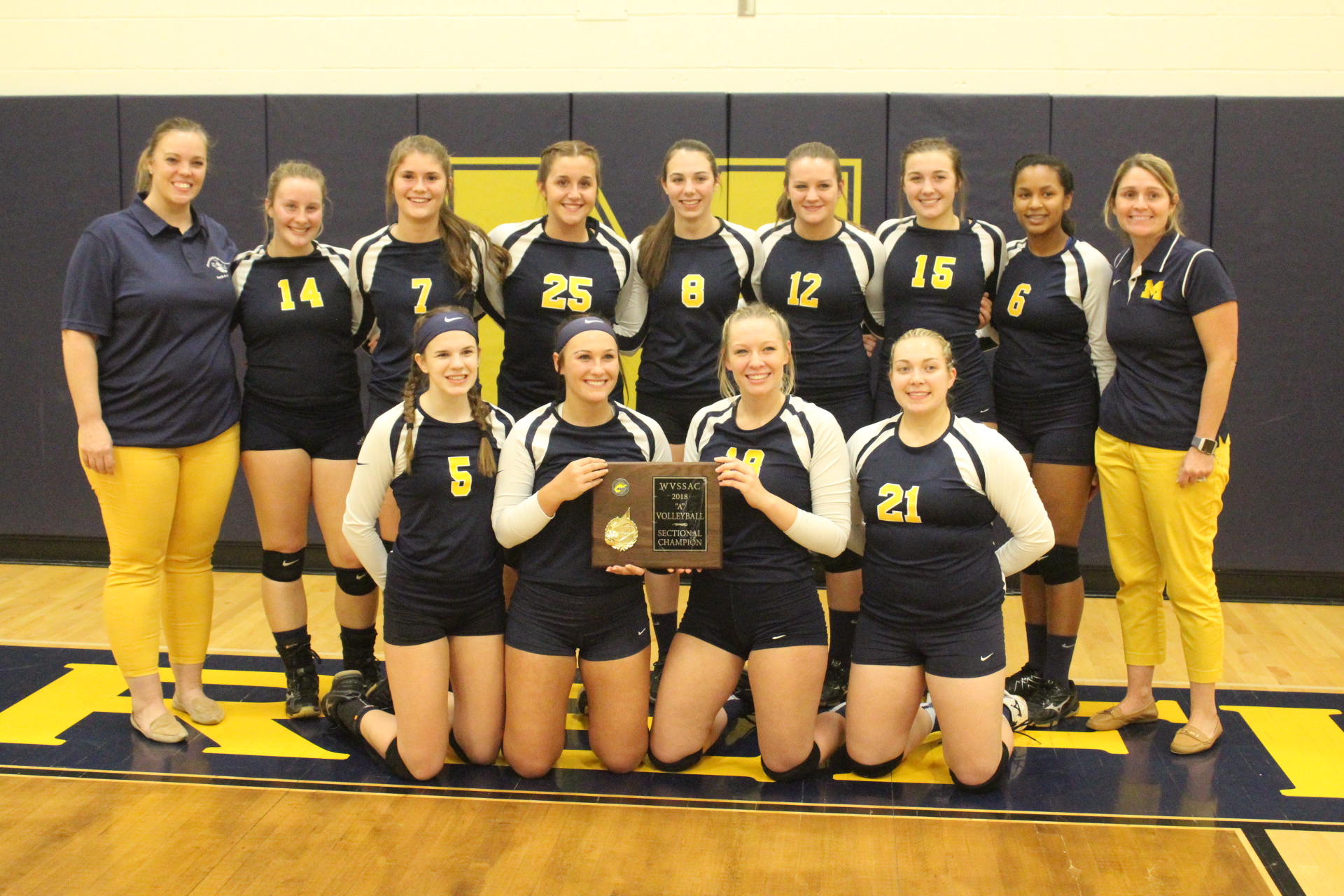 The Lady Yellow Jackets are the new queens of the Hardy County courts winning the Class A Region II Section 2 Volleyball championship after dethroning East Hardy’s reign for 12 seasons in straight sets last Tuesday in Moorefield: 25-14, 25-9 and 28-26.

Moorefield’s last section championship was in 2003, the same season becoming the region champion.

“That’s what we’ve done, years of working at it. It’s a great accomplishment. A goal that our team set at the beginning of the year, one they wanted to accomplish and that they did,” Moorefield coach Morgan Hill See remarked.

“The first two sets were so-so, then East Hardy came out in the third set and we battled it out towards the end. It was a great set. It goes back to the same thing, we have two teams from Hardy County going out to the region to represent our area. That’s always awesome and it says a lot about our area. For our girls, it is exciting for our two seniors. We hope it is our time that we are starting to gel and we can make somewhat of a run here.”

Both Hardy County teams advanced to the Region II Tournament held at Doddridge County for the fifth consecutive year with hopes of returning to the state tournament.

In the opening set of the section championship, the Lady Yellow Jackets built a 4-1 lead before East Hardy equalized it and Moorefield responded scoring seven straight points to go up 11-4.

East Hardy’s Jaden Fleshman started the first set serving and there were good volleys back and forth before Moorefield’s Alyssa Vetter found an opening for a kill off an assist from Lindsey Rinker.

Rebekah Markwood made a push attack for a point and forced another volley through Miller’s block attempt to create the 4-1 edge.

The Lady Cougars responded with kills by Riggle sandwiching an ace by Emily Yates to even the set at 4-all.

Markwood created two points including one push returned into the net.
An attack by Markwood was saved by East Hardy’s Perry Whetzel, but the attack by Fleshman went awry.

Carlson delivered an ace and the next serve was returned out of bounds by Victoria Ames.

Moorefield’s Remington Hinkle launched an attack and it was returned into the net by Riggle before a timeout was called with the Lady Yellow Jackets ahead 10-4.

After the break, Carlson served another ace to extend the lead.
Hinkle’s volley was blocked by Riggle to give East Hardy a point.

Markwood made a push point during the serve by Riggle, then Sydney Hardy went to the service line for the Lady Yellow Jackets with the ball sent back into the net.

East Hardy hit the net on an attack by Markwood, then Hinkle’s shot went out of bounds.

Smith notched a point during a volley as a Moorefield defender touched the net.
There was no return on two serves by Markwood with one hitting the ceiling.

Smith’s shot was blocked by Hinkle, but the next volley was a spike for a 17-8 score.

There was a service error by Ames and an attack by Carlson returned into the net, then Riggleman’s volley went wide and the Lady Cougars had another service error from Fleshman land in the net, 20-9.

Rinker’s serve was returned out of bounds by Miller, then Vetter had an attack sail past the back line.

Riggle blocked a volley by Vetter, then Riggle’s attack created a point as Vetter reached over the net, 21-12.