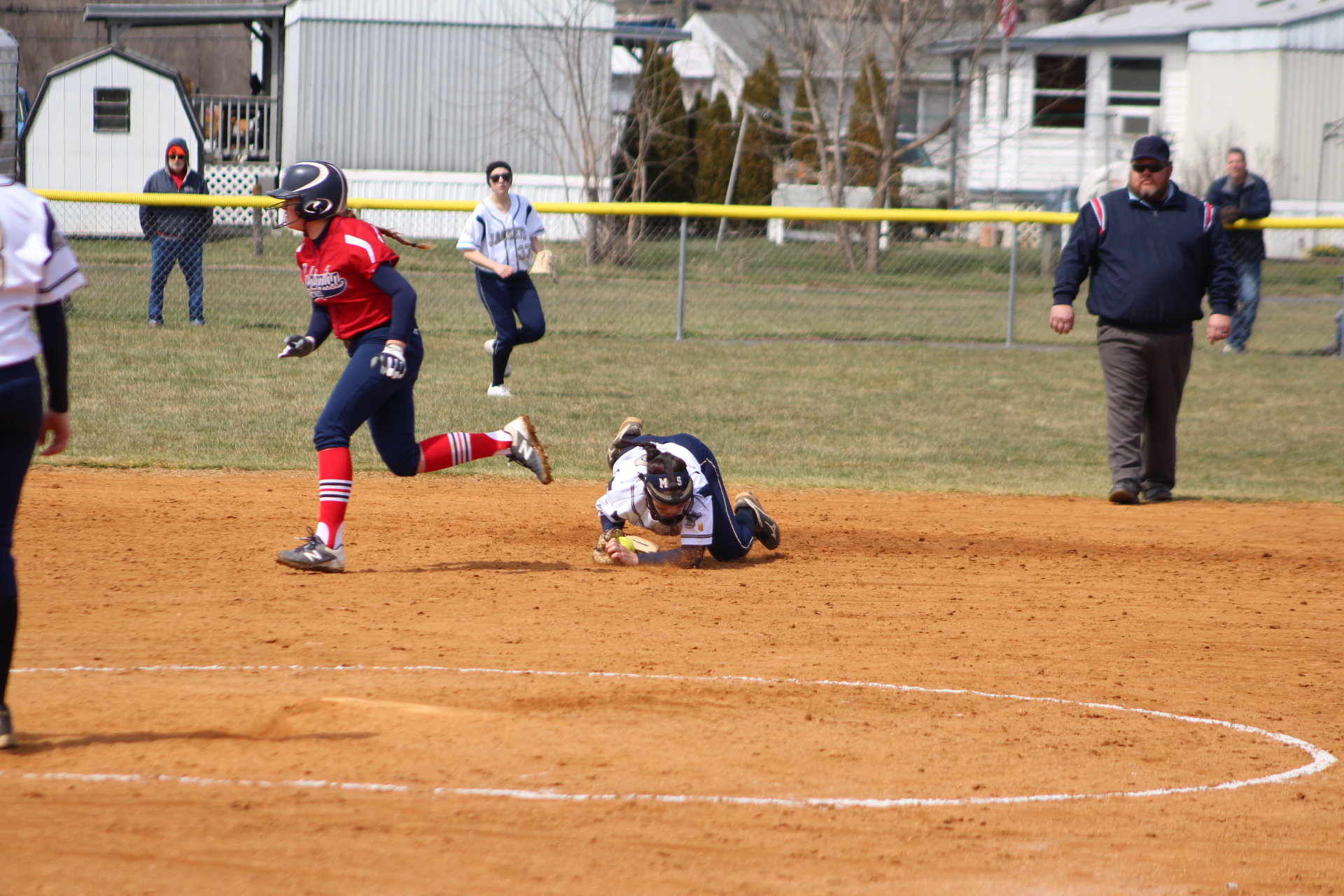 Moorefield lost the first game of the doubleheader against the Patriots 10-2 in chilly conditions, then got the bats warmed up for a 9-5 victory with a game winning grand slam by Alyssa Vetter on Saturday at Sager Field.

“We hit the ball much better in the second game. Coach [Amanda] Orkoskey has built quite a program at Washington High School,” Moorefield Softball Coach Tammie Ayers commented.

“We had difficulty hitting their pitcher in the first game. That’s understandable, though. Taylor Cenate throws several pitches. I’m pleased with how well my girls played. The weather has been less than cooperative, so we’ve only been outside a handful of times. Our goal this year is to improve own the little things every single game.”

Moorefield pitcher Rebekah Markwood kept the game scoreless in the first two innings, allowing just two base runners on an error and a walk.
Washington pitcher Taylor Cenate didn’t allow a run in the opening contest, until the fourth inning.

Moorefield’s first base runner was Markwood on a single to right field in the first inning, but Remington Hinkle hit into a double play and Emma Baker grounded out.

In the second inning, Anna Riggleman hit a leadoff double to left centerfield for the Lady Jackets.

Alyssa Vetter hit a line drive to the first baseman for the initial out, then Hanna Carlson singled off the glove of the shortstop.
Moorefield’s Macie Zirk executed a bunt single to load the bases, but couldn’t score.

In the third inning, Washington’s Madison Cenate singled too right field, then Mackenzie Myers was ruled out on a bunt for not being in the running lane.

Taylor Davis doubled to the centerfield fence to put runners in scoring position for the Patriots.
Washington’s Caitlyn Myers smacked a two-RBI double to left field for a 2-0 lead.