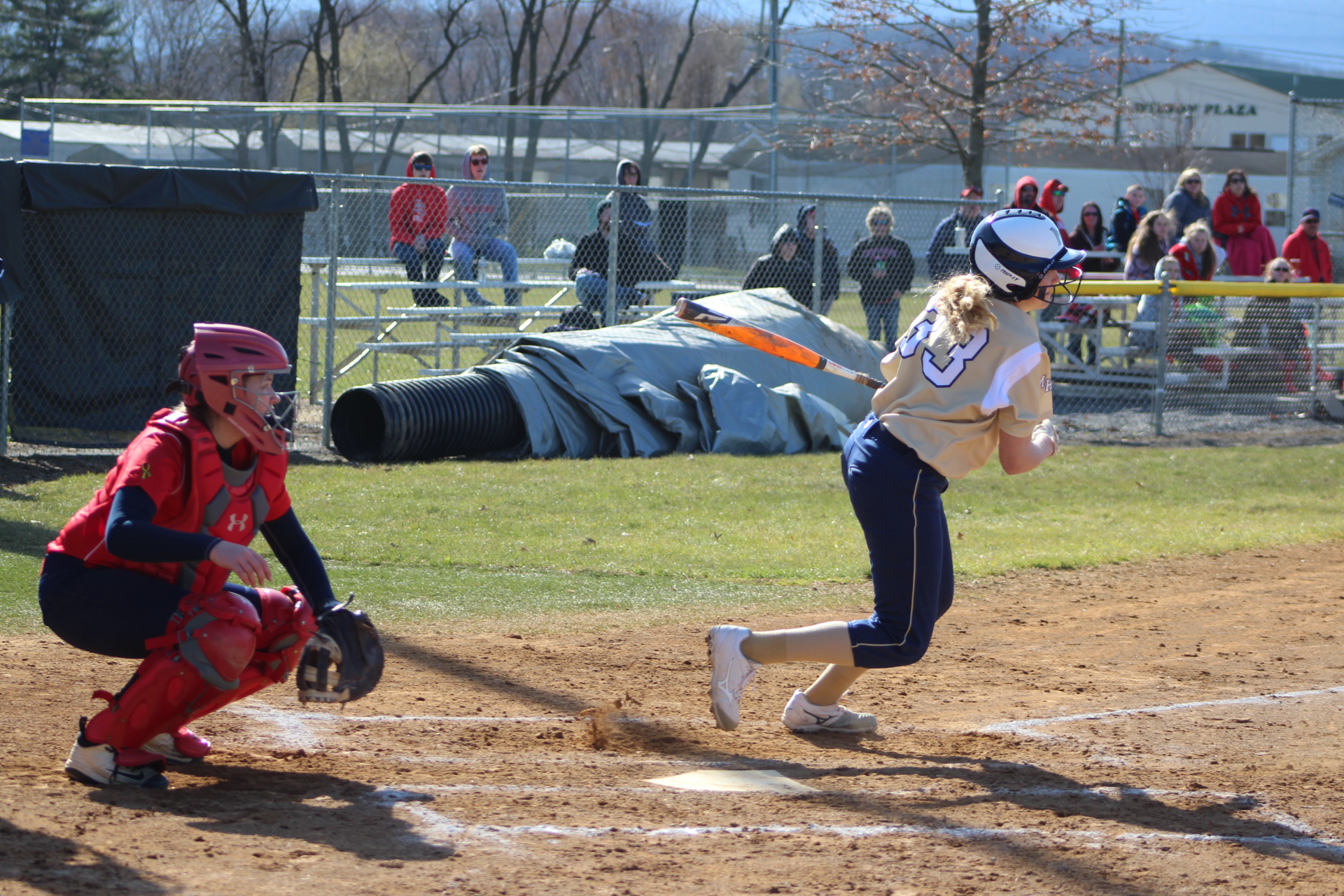 The Lady Jackets scored 13 runs in the second inning to defend the Hive during a 14-1 three-inning rout of Southern Garrett at Sager Field on Monday afternoon.

“We hit the ball extremely well today, that’s all I have to say,” Moorefield Softball Coach Tammie Ayers remarked.

Moorefield starting pitcher Rebekah Markwood sent the Lady Rams to the dugout in order to begin the first inning sandwiching strikeouts to Haleigh Wildesen and Jordyn Warnick around collecting a groundout with a pass to first baseman Alyssa Vetter off the bat of Kenny Winegardner.

Southern Garrett pitcher Megan O’Neil’s second pitch was sent off the bat of Markwood rumbling on the ground back to the circle and fielded for a groundout thrown over to first baseman Rachel Kleppinger.

Moorefield’s Emma Baker grounded out to Lady Rams shortstop Hana Nazelrod, then Remington Hinkle smacked a single into left field.
After a steal by Hinkle, Anna Riggleman hit the ball to Nazelrod and the throw went awry as Hinkle scored on the error giving the Lady Jackets a 1-nil edge.

Riggleman was left on base as Vetter grounded out to Nazelrod.
In the top of the second inning, Markwood tossed a strikeout to Nazelrod.
Southern Garrett’s Morgan Lee singled on a blooper that just went over Vetter’s reach and later stole second base.

O’Neil hit into a double play as Riggleman fielded the ball with a throw to Vetter, who launched the ball over to Macie Zirk at third base to stop Lee.

The Lady Jackets’ huge second inning commenced with back-to-back singles as Hanna Carlson hit a line drive to right field and Zirk hit a grounder up the middle.

Moorefield right fielder Makaleigh Snyder bunted into a fielder’s choice with O’Neil throwing Carlson out at third base.
Moorefield catcher Alyssa Vetter knocked a grounder back to the pitcher, who wasn’t able to make a play for an out looking over at third base as the bases were now loaded.

Markwood hit the ball to second baseman Jordyn Warnick and Zirk beat the throw home.
Baker ripped the ball into center field for a two-run producing double as the Lady Jackets went up 4-0.