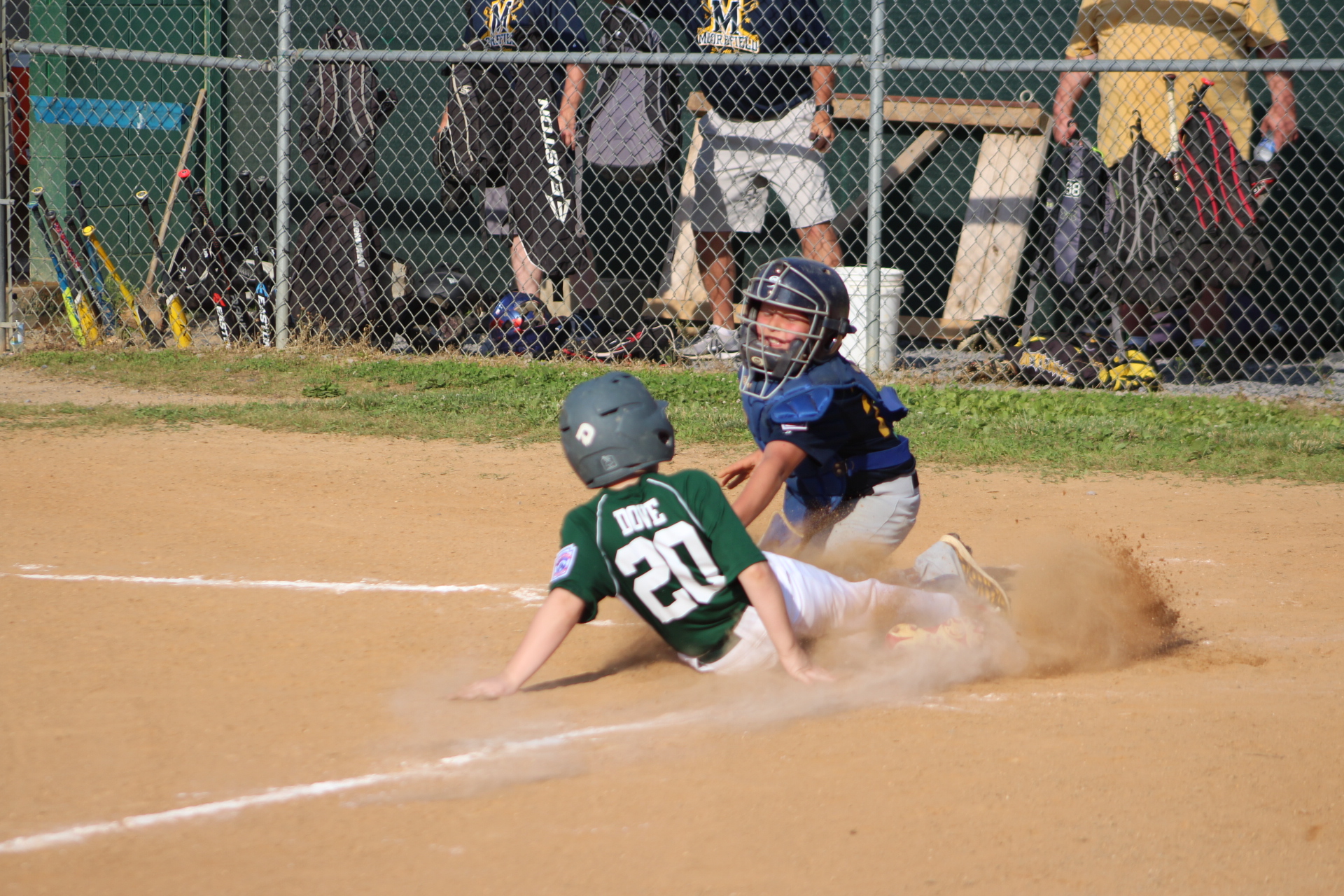 “Eight to ten year olds are like a box of chocolate, you never know what you are going to get when you open the box. This is what they needed, confidence. I think we can win a couple ball games now,” Moorefield 8-10 Baseball All-Stars manager Ashley Crites remarked.

Trevor Baldwin took the mound for Moorefield in the top of the first inning and pitched three consecutive strikeouts to East Hardy’s Renick Billmeyer, Gage Dove and Patrick Mills.

A passed ball created the first run of the game for Moorefield as Donovan dashed to home plate.

Moorefield’s Oliver Crites made the initial hit of the game with an RBI single making it a 2-nil lead.

After a walk was given by Dove to Baldwin, a passed ball and error sent two runners sliding across home plate as Moorefield went up 4-0.

Moorefield’s Caleb Flinn and Shawn Reed drew walks setting up runners in scoring position for a big time hit for Josiah Howard slamming the ball for a two-run producing double in center field providing a 6-0 advantage.

During a strikeout on Gage Wolfe, the ball eluded East Hardy catcher Patrick Mills as Moorefield scored on the play.

It was back to the top of the lineup with Donovan drawing another walk, then Linville hit an RBI groundout and an additional run came home on a passed ball as Moorefield took a 9-0 lead.

Ora Dove got out of the inning with a strikeout pitched to Crites.