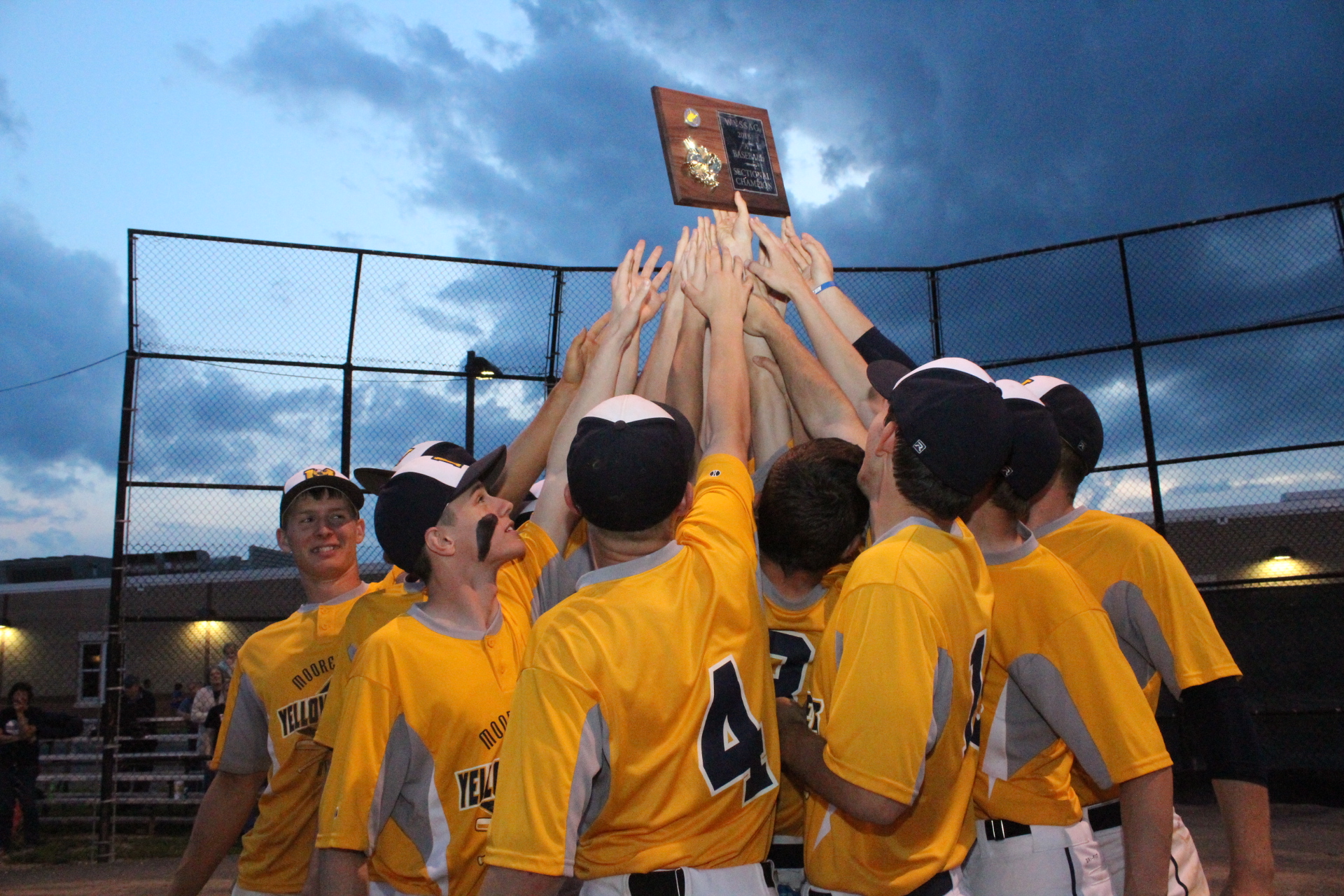 The Yellow Jackets remained poised in the Hive warding off East Hardy 11-0 in five innings to claim the Class A Region II Section 2 Baseball Championship at George Hott Field during an All-Hardy County title clash on Friday.

“It’s a great team win. These guys have worked hard from the beginning of the season. The only thing we’ve talked about is improving as the season went along,” Moorefield skipper Wade Armentrout remarked.

“It showed tonight, our defense was good, we fielded the ball well. We had another good inning where we had several hits and scored four runs with two outs. We just progressively are getting better as it goes along. That’s really the only thing we have control over. These guys work hard and have a great time. They support each other and they know what their role is. They let everybody do what they do best.”

The Cougars (7-16) were the defending section champions, but their top two pitchers used their allotment to push past No. 8 Pendleton County 5-2 to reach the final again.

No. 4 Moorefield (18-9) had time to rest before the championship putting freshman Isaac Van Meter on the mound for a one-hitter with six strikeouts in the victory over East Hardy.

Blake Watts ripped an RBI single into right field to give the Yellow Jackets a 1-nil edge and teammates rushed out of the dugout to celebrate greeting Moran.

Ours hit into a fielder’s choice out at second base and was safe on the throw by shortstop Brett Tharp.

Moorefield’s Hayden Baldwin notched an RBI groundout with runners on the corners hit to second baseman Logan Whetzel, then Van Meter garnered an RBI single into right field for a 3-0 lead before Lane Ours grounded out.

In the second inning the Cougars went down in order again as Brett Tharp grounded out to Van Meter, Adam Baker flew out in left center field to Ours and Christian Dove struck out.

The Yellow Jackets wasted no time getting on base as Grant Keller commenced the bottom half of the frame with a single just past the dive of Tharp at shortstop.