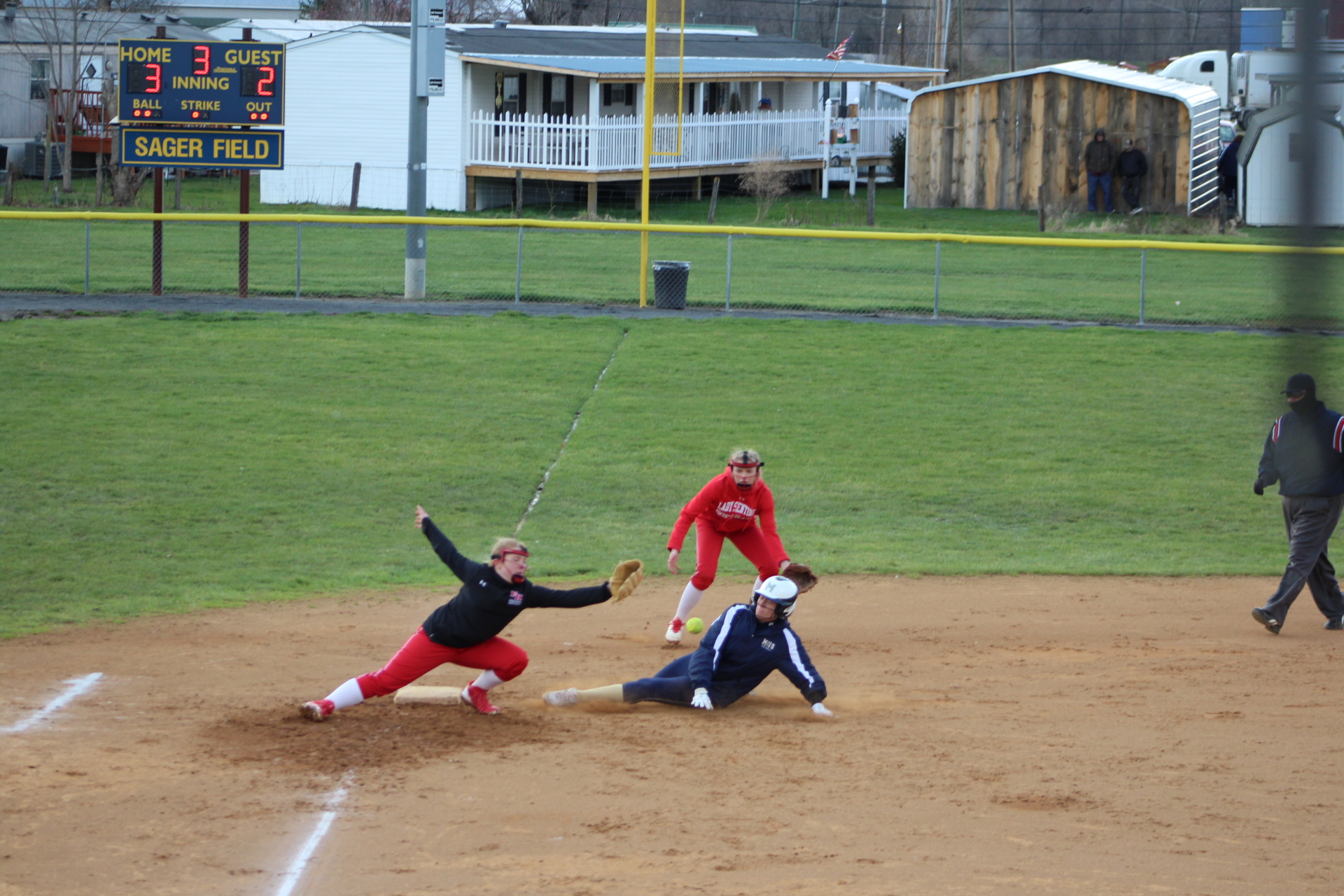 The Lady Sentinels came marching into Sager Field with two early runs, but gusts of wind chilled the atmosphere to enable Moorefield to freeze the attack during a rally for a 10-2 five inning victory.

It took three innings before the Lady Yellow Jackets buzzed around the bases for five runs and placed Fort Hill on ice.

“I’m very proud of the girls, but we had a little scare before we started,” Moorefield Coach Tammie Ayers remarked.

“I think Julie [Markwood] probably broke her had warming up. They were kind of nervous about that, but they settled in after an inning. We didn’t do well the first inning with the coldness and nerves about that. Emma [Baker] pitched really well the first three innings and that was her first time really out there, then Hanna [Carlson] came out to close the game and we started putting the bat on the ball.”

Speaking of how cold it was, Moorefield captain Rebekah Markwood was sipping hot chocolate at the home plate captain’s meeting.

Fort Hill’s Olivia Hess hit a blooper near the right field line for a single to put runners on the corners, then Mindi Guinn notched an RBI single into left field for a 1-0 edge and the side ended on a groundout collected by Zirk.

Remington Hinkle garnered a single up the middle for the Lady Yellow Jackets, but was left on base as Ann Riggleman’s potential home run shot was robbed at the fence by Lippold.

In the top of the second inning, McGraw singled up the middle and Baili Dawson garnered an RBI double into left field and advanced to third base on the throw home as McGraw slid home face first to give the Lady Sentinels a 2-nil advantage.

After a free pass to Alexa Nerf, Wolfe popped out to shortstop Markwood, then Nerf stole second base as Fort Hill now had two runners in scoring position.

Moorefield nixed the scoring opportunity as Riggleman caught a fly ball in center field and fired it to Madison McGregor at second base for the double play.