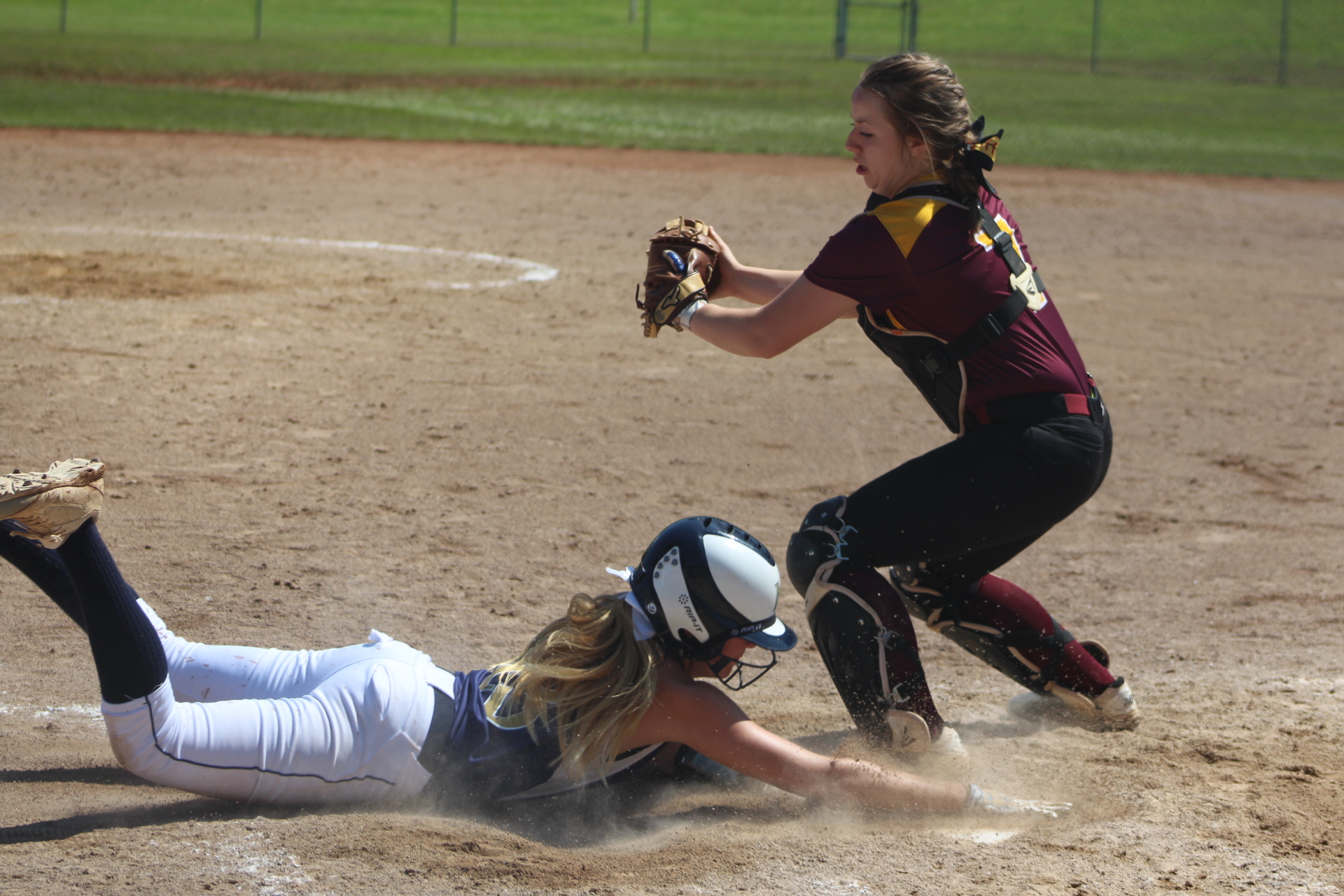 Moorefield made sensational plays on the turf and surf over the Lady Tide for a 2-0 victory in the Class A state softball tournament elimination final to advance to the championship on Thursday in Vienna.

“They stayed up the whole game. We had some really good clutch hits when we needed them and the defense was on,” Moorefield Coach Tammie Ayers stated.

“Madison McGregor had the game of her season. She has played with so much heart and Hanna Carlson pitched a great game. Macie Zirk came through when we needed her. We are getting our wish to play Wheeling again. The girls seemed more relaxed, because the jitters were gone.”

Before each game, Moorefield prayed together which created a calm feeling for the team.

Sherman pitcher Autumn Thompson jammed Moorefield leadoff batter Rebekah Markwood into a pop-out caught by third baseman Zoie Hess, but the Lady Yellow Jackets responded with a double by Hanna Carlson into left field and courtesy runner Gracie O’Neill took her spot on the base path.

Thompson countered with pair of strikeouts to Moorefield’s Tori Humphries and Anna Riggleman to prevent a score.

Thompson grounded out to Moorefield first baseman Alyssa Vetter for the initial out, then Amber Maloskey bunted with Carlson collecting the ball and the throw eluded Madison McGregor with Maloskey tumbling over her reaching the base for the Lady Tide.

Sherman’s Katlyn Jenkins reached base as Carlson stepped past the ball before creating a fielder’s choice throw for an attempt at an out at third base, but the toss to Macie Zirk wasn’t in time.

A walk given to Cloy Toney loaded the bases for the Lady Tide, but they were stranded on a strikeout to Jocelyn Cooper and a flyout by Chelsea Thompson to Moorefield right fielder Tori Humphries.

McGregor hit a leadoff single into center field starting the second inning, then Remi Hinkle hit into a fielder’s choice and advanced on a sacrifice bunt by Vetter before being left aboard on a strikeout to Zirk.

Moorefield left fielder Remi Hinkle caught a deep fly ball a yard from the fence by Sherman’s Sydnee Ferrell, then McGregor made a diving catch on a line drive by Hess.

Madelynn Toney was hit by a pitch and Thompson reached on an error, but Carlson dialed out of the mess with a strikeout.
The game would remain scoreless, until the sixth inning.