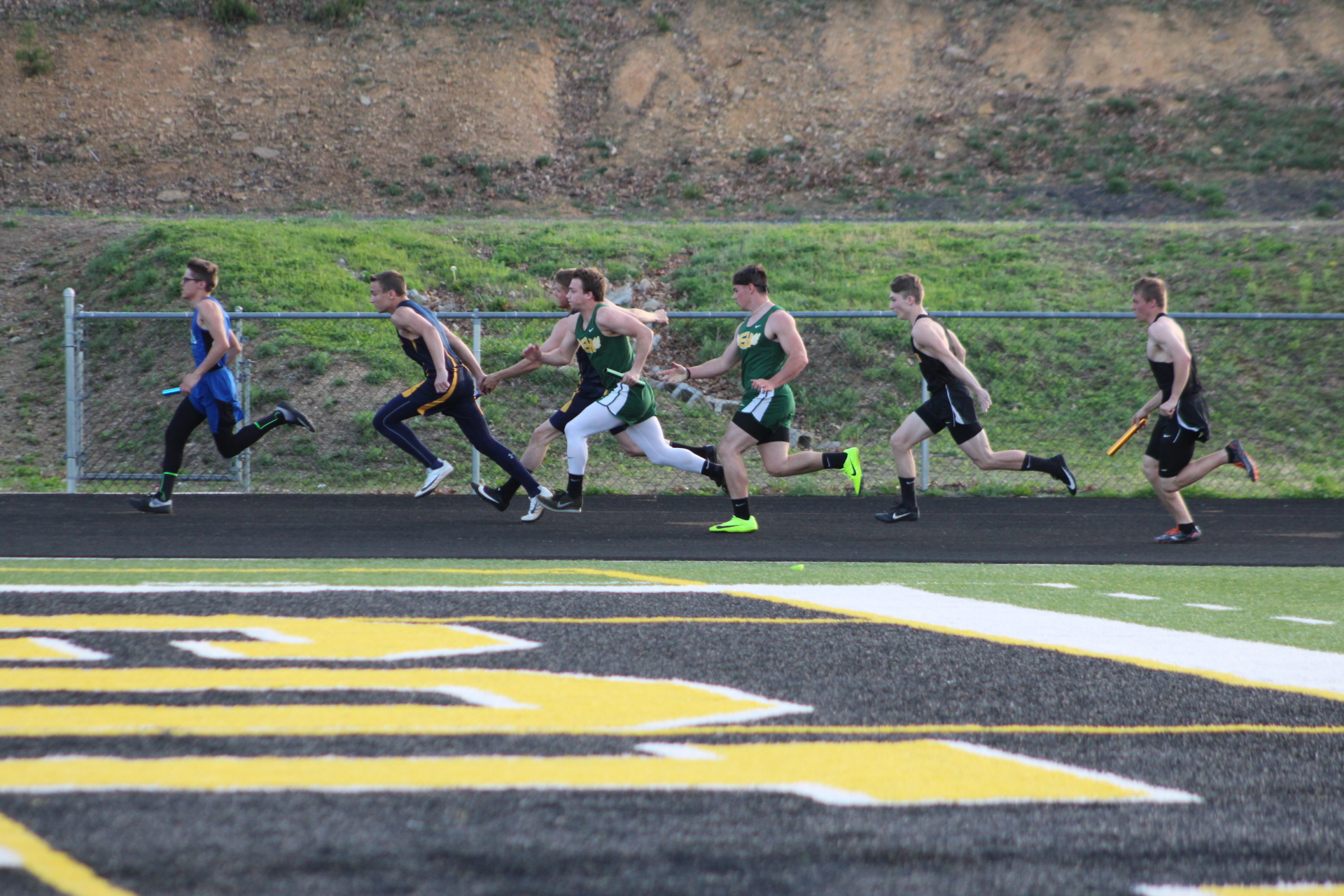 Tucker County invaded Keyser slashing the finish line through the intense heat for the Potomac Valley Conference Boys and Girls Track Championships, while the Cougars attacked for the silver medal and Moorefield buzzed into the bronze medal last Wednesday.

The Lady Mountain Lions pounced for a team title winning 266 points, followed by East Hardy in second place with 74 points, Moorefield took third place with 71 points, Pendleton County and Union tied for fourth place at 35 points and Paw Paw rounded out the competition with two points.

Tucker County Boys Track commandeered 234 points in the PVC victory, while the Cougars were the runner-up with 124 points, Moorefield placed third at 62 points, the Wildcats were fourth at 53 points and Paw Paw garnered fifth place with 51 points.

Hardy County collected a handful of individual and team relay championships at the PVC Track Meet.

Individually, Moorefield’s Hope Aristidou won top honors in the girls 100 meter high hurdles in a time of 18.59 and Paul Peters swept the shot put and discus championships with distance throws of 41’10” and 122’9.5”, respectively.


For the PVC team championships, Moorefield Girls claimed the 4×100 meter relay title and the East Hardy Boys garnered the gold medals for the 4×100, 4×200 and 4×800 meter relay races.

The Moorefield Girls 4×100 relay team of Rachel Shaffer, Desirae Morris, Taylor Swisher and Cassie Mooney set a personal record with a time of 55.92 in the gold medal win.

“I am really proud of our girls. They put in a lot of hard work and it is exciting to see them win the 4×100 relay. We hope to continue improving, so we can send more to the state tournament. It was a really hot day, but a great clear day for a track meet,” Moorefield Girls Track coach Vivian Carr stated.

The Cougars 4×100 relay squad of Phillip Mullin, Chance Dove, Jesse Dove and Aden Funkhouser secured first place in a time of 46.91 which was fractions of a second away from the all-time East Hardy school record which was held since 2009 involving coach Devon Orndorff.

“I’m really excited about our performance today. We won three relay races and our 4×100 team nearly broke the school record which I was a part of in high school,” East Hardy Boys Track coach Devon Orndorff remarked.

“We still need to work on our handoffs for the relays, but other than that we were doing well. I am impressed by our freshmen’s times today and that comes from the benefit of having a middle school program. You can see how much faster they are now with that experience starting in sixth grade.”

Moorefield’s Cassie Mooney was third overall in the 100 meter dash at 14.78, followed by teammates Rachel Shaffer in fourth place at 14.93 and Taylor Swisher was sixth place at 15.49.

East Hardy’s SierraMarie Miller placed third in the 200 meter dash in a time of 28.62 and teammate Marina Stotelmyer was in sixth place at 31.59.

The Lady Cougars notched a place winner in the 400 meter run as Emili Flynn took the bronze medal in a time of 1:07.14.