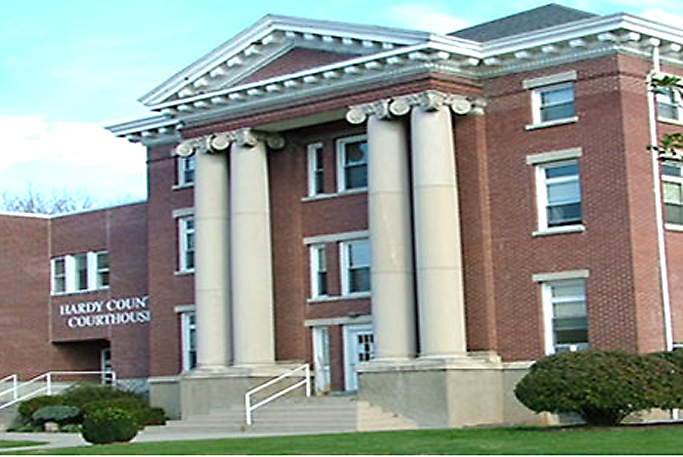 “Well, the election was over yesterday and the virus is still here.”

Hardy County Health Department Administrator Bill Ours was responding to a “conspiracy theory” that once the election was over, the corona virus would disappear. He provided the Hardy County Commission with an update on the COVID-19 situation at their meeting held Wednesday, Nov. 4.

To emphasize the seriousness of the situation, Commissioner David “Jay” Fansler joined the meeting via telephone. He is recovering from COVID-19 and is quarantined at home with his family.

“We have 112 cases, seven are active, one death and one in the hospital,” Ours said. “We’re pretty sure there was another death, but he donated his body to science and there was no autopsy.

“We could run the tape of what I told you the last time I was here. People aren’t following the guidelines. People won’t give us their contacts.”

Ours said people won’t give contact information because they don’t want others to be quarantined or isolated. “They don’t want to tell us they were around Aunt Jane because Aunt Jane can’t afford to miss work for 14 days,” he said.

“The new thing is that there are people who have had it and it wasn’t severe. So they tell people it’s no big deal if you get it. That might be true, but sometimes it is a big deal.”

Ours said it is also true that the long-term effects of COVID-19 are yet to be determined.

“The problem is there is no teeth in the mask law,” Ours said. “We get complaints about businesses where employees and patrons aren’t wearing masks. And we investigate every one of those complaints. But businesses are still trying to recover, so they won’t turn away business because people don’t wear masks.”

Ours said he understands that people are tired of the virus and the restrictions. “There’s nobody more tired of it than we are,” he said.

“We’re dealing with this and we’ve had the busiest month we’ve ever had. We’ve given out 700-800 flu shots. We’ve certified a lot of septic systems. People are finding out they don’t have to go into the office all day, so they are moving to Hardy County, thanks to our fiber optic internet service from Hardy Tel.”

Ours said the Health Department has given out so many flu shots, they ran out of the high-dose version. “We still have the regular dose,” he said.

Ours said his advice to people who want to get together with family over the Thanksgiving and Christmas holidays, “Get tested before you go.”

Commission President Harold Michael asked where can people get tested without being symptomatic.

“Miller Medical has the blood test that gets results in 10 minutes,” Ours said. “E-Z Care, Hahn Medical, E. A. Hawse and Grant Memorial Hospital are doing testing.”

Commissioner David Workman complimented the Health Department and their public outreach. “I applaud you and your staff for the job you’ve done and continue to do,” he said.

In addition to an overview of the Governor’s SWAT program, several representatives of the West Virginia Department of Transportation Division of Highways presented updates on several projects in the county.

Maintenance Engineer Travis Ray said the paving project on Route 220 and Route 55 was two-thirds complete. “With the way the weather is holding up, we should be done by the end of the week,” he said.

Hardy County Supervisor Dorman Parker said the core maintenance efficiency of the county was better than 70 percent. Core maintenance includes mowing, ditching, stabilizing and patching. “Hardy County is usually in the top 10 in the state,” he said.

Parker also described canopy cutting that was done along old Route 55 between Baker and Needmore in eastern Hardy County. Overhanging limbs were removed from trees along the roadway. The cutting vastly improved line of sight for motorists exiting side roads and the East Hardy School complex. “It will also help to keep snow off the road in the winter,” Parker said.

“We will do the same thing on Route 220 between Jenkins Run Road and Durgon Road this year.”

Michael said he appreciated the upgrade to Fish Pond Road.

“It used to be gravel and pretty rough,” he said. “We got it tar and chipped and finally paved. But it’s starting to break up in places.”

Michael also asked when the flashing light at the Mathias-Baker Fire Hall would be installed. The light would flash yellow when there’s a fire call and emergency vehicles are exiting the building.

County Coordinator Rose Helmick asked if the light could flash red instead of yellow.

Engineering Supervisor Darby Clayton said he would have to check with traffic engineering because that means traffic should stop, rather than just be cautious.

Michael mentioned the growth of trees under the Petersburg Gap bridge and the South Fork bridge in Moorefield.

Clayton said an Environmental Engineer was looking into the situation, but he didn’t have an answer. “He’s not been able to get in touch with some people he needs to about it,” Clayton said.

The staff at 911 Center is currently working to establish landing zones for aerial medical evacuations.

“We will get a list from the fire companies as to where they would like the helicopters to land,” Lewis said. “We will give that list to Medcom with the exact coordinates. This will make it easier for the dispatchers to determine the location if they need a landing zone.”

Medcom in Morgantown, is this area’s clearing house for emergency medical calls.

The staff at the 911 Center continues to operate on 15-day-on, 15-day-off schedule, although Lewis said he may end the practice after Thanksgiving. The schedule is to control the possible spread of COVID-19.

“We also try to limit the number of people coming into the 911 Center,” he said. “We don’t let anyone but dispatchers into the dispatch room.”

The Hardy County Health Department continues to advise when residents test positive for COVID-19, so as to alert first responders when they are called to a home.

Lewis said calls to the fire department always increase as the weather gets colder and people start their wood stoves and fireplaces.

In addition, the Courtesy Patrol handled six calls and the Division of Highways handled 16 calls, mainly for trees down on roadways.

Lewis said he has received some of the items he needs to complete the Grain Bin Rescue equipment. “I hope we can have a training sometime in November,” he said.

The OEM has a supply of Personal Protective Equipment and can distribute them to nonprofit medical centers. If any need PPEs, they should call or email the 911 Center at the nonemergency number.

•The regional jail bill for September was $48,973.75. Commissioner Michael said some of the cost was because court was suspended for the corona virus and perhaps a reimbursement from the CARES Act was possible.

•The county’s contribution to the Farmland Protection Board for October was $16,621.00.

•The commission approved a request to withdraw $65,000 from the Emergency Ambulance Fee fund.

•The commission accepted a bid from Weimer Motors for two 2021 Ford Interceptor police vehicles. The price is $44,157.05 each. A USDA grant has been submitted to fund 35 percent of the cost.

•The commission approved a request for emergency courtroom improvements. The carpet and cloth chairs in the courtroom need to be replaced with nonporous materials. Helmick said there was funding available through the CARES Act under Disease Prevention.

•The commission approved an order barring objection for the estate of Louise I. Taylor.

•The commission approved an increase in pay for the Dog Catcher, retroactive to July 1. The increase is $200 per month.

The next meeting of the Hardy County Commission is scheduled for Tuesday, Dec. 1 beginning at 9 a.m. Anyone wishing to be included on the agenda should contact the County Clerk’s office at 304-530-0250. The commission meetings are accessible via telephone conference. The public is invited to attend.