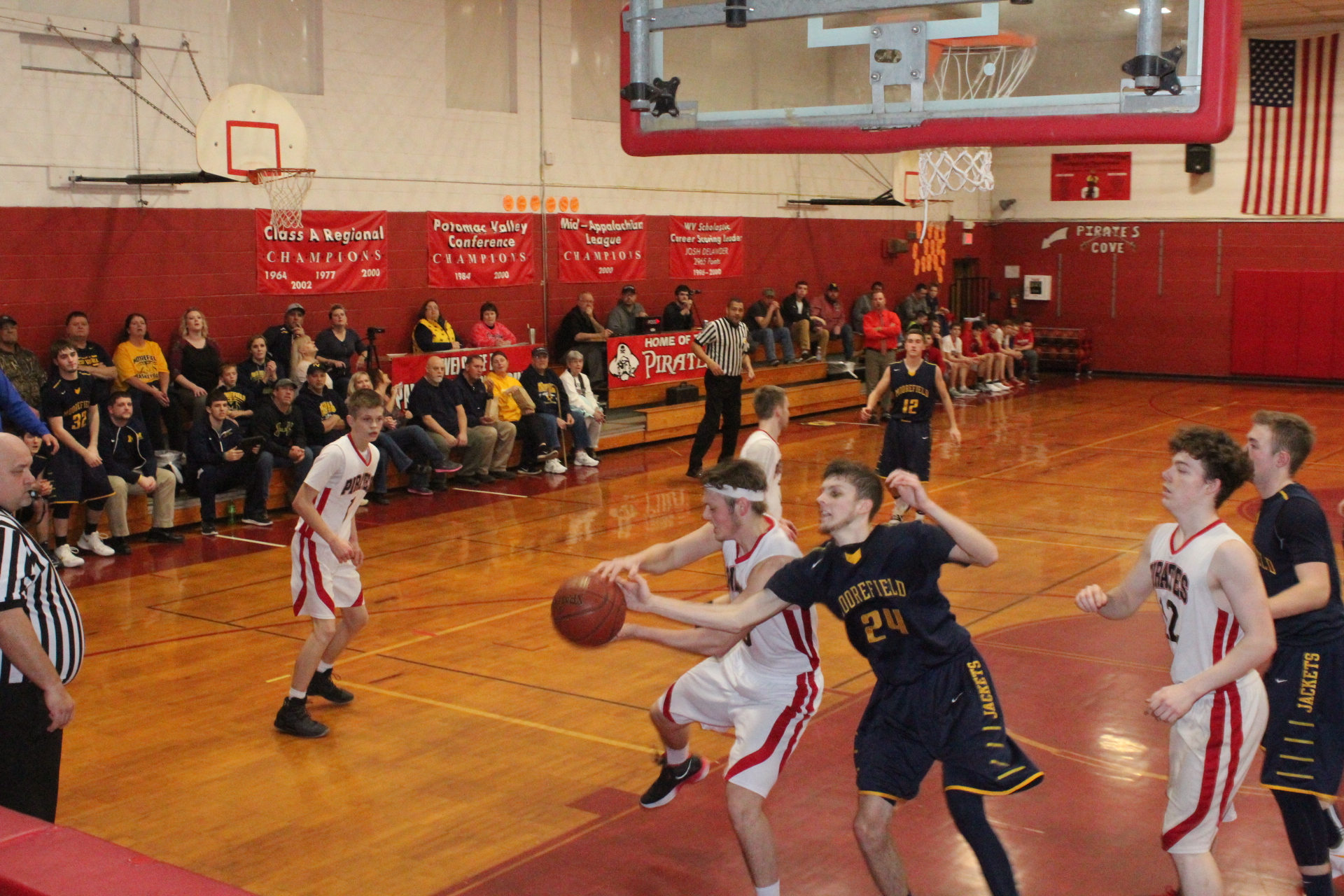 The Pirates are finished navigating the rough seas of the Potomac Valley docking in Paw Paw to send Moorefield off the plank after a 72-61 victory in the Class A Region II Section 2 semifinal on Thursday.

Paw Paw (17-7) has seen its share of futility in recent years like the Yellow Jackets (4-20) have experienced this season, but the playoffs are a time to erase all doubt with a clean slate.

“You saw it tonight, Paw Paw was hitting their shots and we never gave up until the end. That’s all I could ask for as a coach. I’m proud of them on how they worked this year and obviously it’s a tough season. They could have quit and they never do, so that’s a good thing.”

However, since 2006 the series has belonged to the Yellow Jackets stinging Paw Paw 16 straight times before the Pirates righted the ship this season with a 65-60 regular season win.

“Their effort was commendable all game long. They hustled and I think they wanted it. They came out and took it. Mentally, I think the fact that we are small and haven’t been able to beat Moorefield in years definitely helped. We have been playing well and the guys put the time in and hustle. We took away the high post, tried to stop the drive and protected the corners.”

Paw Paw advances to the Region II Section 2 championship against Tucker County (12-10) this Saturday as the Mountain Lions edged Pendleton County (12-10) 54-52 in the other semifinal.

Paw Paw’s Landon Ridgeway knocked down a couple of jumpers and Dylan Moreland hit a 3-pointer early in the first period, while Moorefield’s Garett Haggerty and Brent Moran notched a couple of shots creating a 7-4 score just three minutes into the semifinal.

Haggerty scored a game-high 30 points in the final game of his Moorefield career, while Ridgeway guided the Pirates to the victory with a 28-point performance.

A free throw by Paw Paw’s Christian Braithwaite made it 8-4 at the 4:43 mark and in a dozen seconds Haggerty nailed a jumper on the ensuing possession.

The Pirates responded with a layup by Braithwaite and a defensive rebound leading to a score by Matthew Kidwell to create a 12-6 edge with 3:42 left in the opening frame.

Both teams missed a pair of baskets, then a save by Paw Paw’s Coby Ridgeway was intercepted by Haggerty, who went in for layup at 2:45, 12-8.