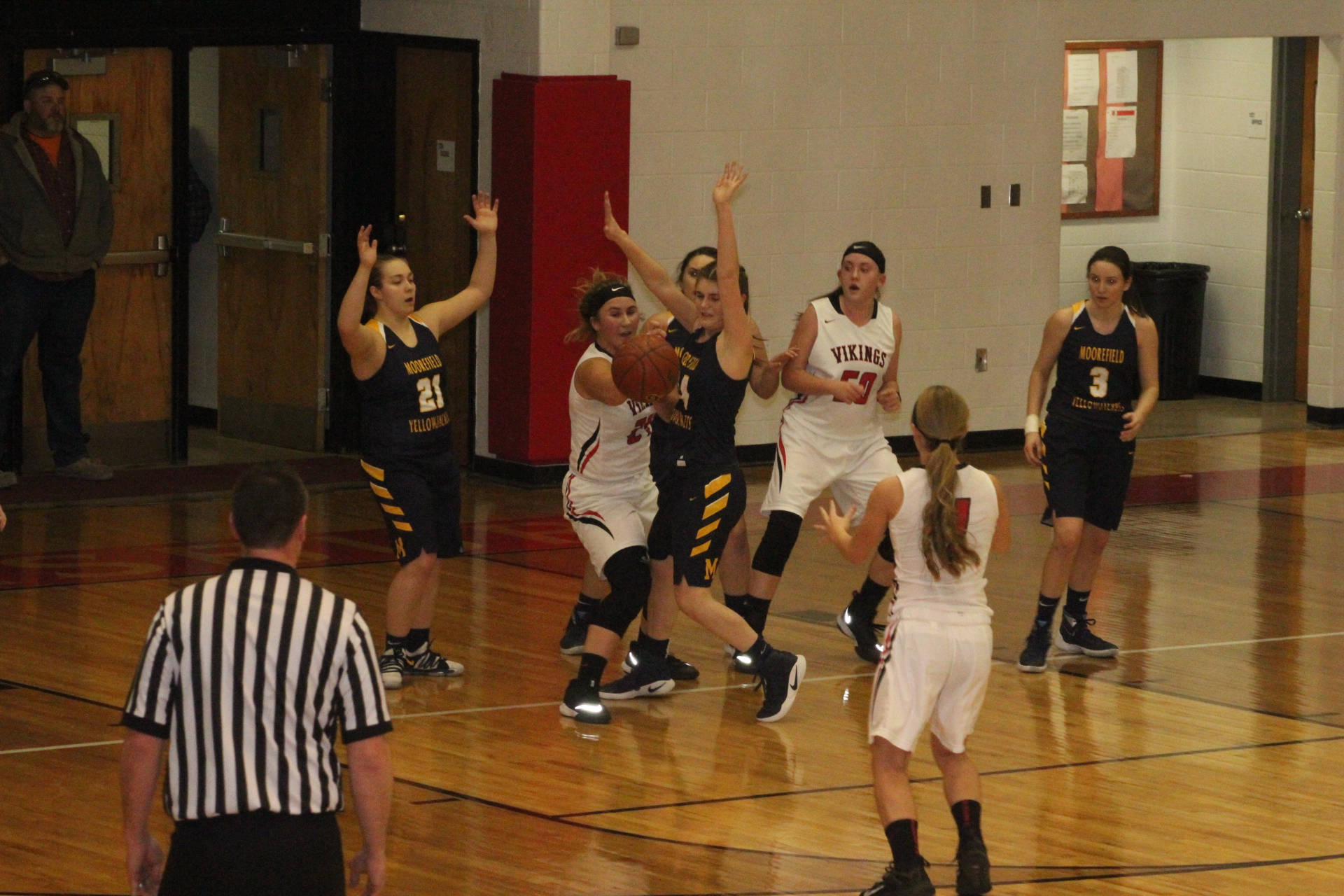 Moorefield buzzed into the George B. Halterman Memorial Court taking a double digit lead in the second period, but the Lady Vikings rallied in the third period to commandeer a 47-43 victory in Petersburg on Thursday.

“Once we settled in and got a few free throws to go in for us, the basket seemed to get bigger. We have a deep bench of kids that can go in and have some speed. They play really hard and that spelled to our advantage. They got into some foul trouble, so they were thinner than they usually are and it worked out to our advantage.”

Lindsey Rinker snatched a defensive rebound to start the game and connected with Madison McGregor on a long range jumper to give the Yellow Jackettes (6-6) the initial edge which wasn’t erased until late into the third period.

Rinker stole the ball, but Petersburg’s Reece Hedrick forced a jump ball and the Lady Vikings (4-9) missed two attempts before Rinker made another rebound.
Moorefield’s Nautica Crosco scored in the paint for a 4-0 lead at 6:49, then Emma Baker swiped the ball and the ball was lost out of bounds moments later.

After a Lady Vikings rebound, a walk was called and Moorefield went for a shot and missed with the ball falling out of bounds.
Anna Riggleman stole the ball for the Yellow Jackettes and the ensuing shot drew iron and Riggleman kept the play alive with a rebound, but didn’t connect and Petersburg’s Hayley Ours grabbed the next board.

Petersburg’s Kaylin Arbaugh was fouled and made one free throw at the 5:20 mark.
After a Moorefield walk, Baker made a defensive rebound and passed to Riggleman, who drove inside the perimeter and pulled up for a basket.

The Lady Vikings committed a couple of fouls over the next minute and both sides missed a field goal before Hedrick scored on a jumper at 3:39 for the first made field goal by Petersburg, 6-3.
Rinker netted a putback at the 2:57 mark, then Watts drew a foul and missed both attempts for the Lady Vikings.