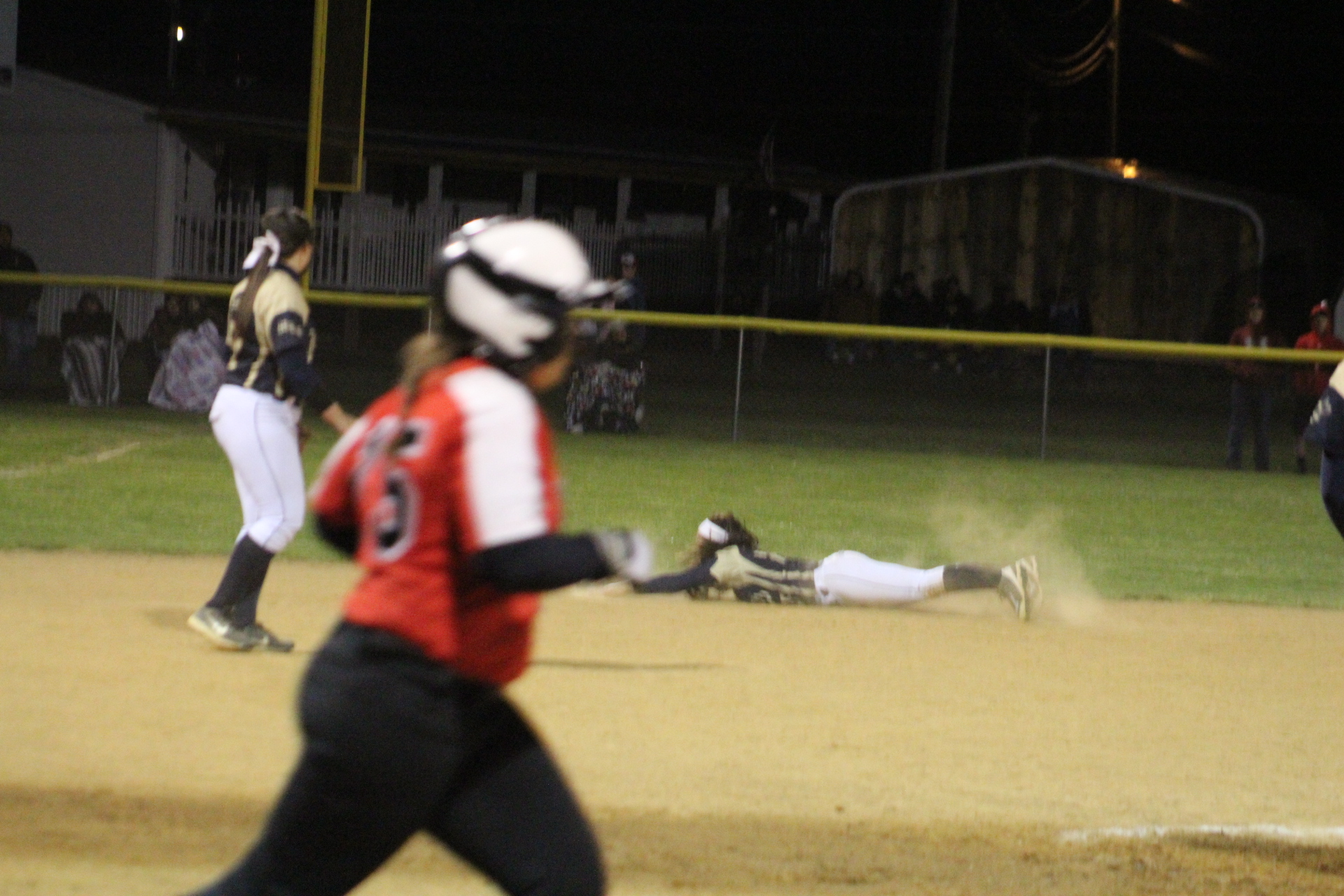 “It is special to win this tournament. We enjoy coming here and anytime you have a chance to win this, it is special to you. Each team played their hearts out in the championship. To go nine innings, it could have gone either way and we did enough in the end to string stuff together to pull it out,” Petersburg Coach Dwayne Hedrick commented.

Moorefield defeated Hedgesville 14-4 in the semifinals and Petersburg edged Jefferson 6-3 to reach the championship.

Both teams huddled at their respective dugouts and prayed prior to the championship game.

Bub Riggleman was known for his passionate support of softball and the teams were chanting during the contests which brought a smile to Moorefield Coach Tammie Ayers.

It was a tough championship bout as both pitchers refused to let the other team gain much of an advantage as Moorefield pitcher Hanna Carlson allowed scattered hits with defensive assistance for outs and Petersburg pitcher Carly Cooper struck out 14 batters.

The chill in the air made it a bit tougher to grasp the ball during the warming up session, but the teams were ready to play.

Commencing the championship, Carlson collected the first groundout off the bat of Petersburg’s Katie Koontz with the throw to first baseman Alyssa Vetter.

Cooper singled into right field before Moorefield left fielder Remi Hinkle caught a foul ball under the scoreboard hit by Marissa Earle and the side was retired on a groundout fielded by second baseman Madison McGregor.

Moorefield leadoff batter Rebekah Markwood struck out to begin the bottom half of the inning, then McGregor singled past second baseman Marissa Earle and was stranded on two more Cooper strikeouts to Anna Riggleman and Carlson.

Petersburg’s Mackenzie Weasenforth began the second inning off with a single into center field, but was caught in a double play as Jenna Burgess hit a line drive to Carlson in the circle and the throw to Vetter completed the sequence with the Lady Vikings going down in order as Hayley Ours lazered a shot to Vetter.

The Lady Jackets fell behind in the count in the second inning with Cooper pitching a strikeout to Vetter, then Macie Zirk connected with a fly ball which was caught in right field.

Hinkle ripped a single past Weasenforth making two long strides toward the ball and missing it, then Cooper countered with a strikeout to Kennedy Hinger to get out of the inning.

Petersburg’s Hannah Smith hit a low line drive and it was caught on a diving play by Moorefield shortstop Rebekah Markwood and the Lady Jackets defense prevented a runner as McGregor collected a groundout and Makaleigh Snyder caught a fly ball.

After a strikeout to Alyson Simmons, Markwood singled past a diving attempt at third base into left field and was stranded on a pop-up bunt by McGregor and strikeout from Cooper to Riggleman.

Scoreless after three innings, something was about to happen to break the ice in the fourth inning.

Cooper reached on an error by McGregor and Earle singled into left field to put two runners on base for the Lady Vikings.

Petersburg’s Keri Vanmeter launched a fly ball into right field and it was dropped, but the throw to second base was in time for an out.

Weasenforth knocked the ball deep to the left field fence and a potential home run was robbed by Hinkle, but Petersburg scored on the play as the RBI sacrifice fly created a 1-nil edge before Burgess grounded out.