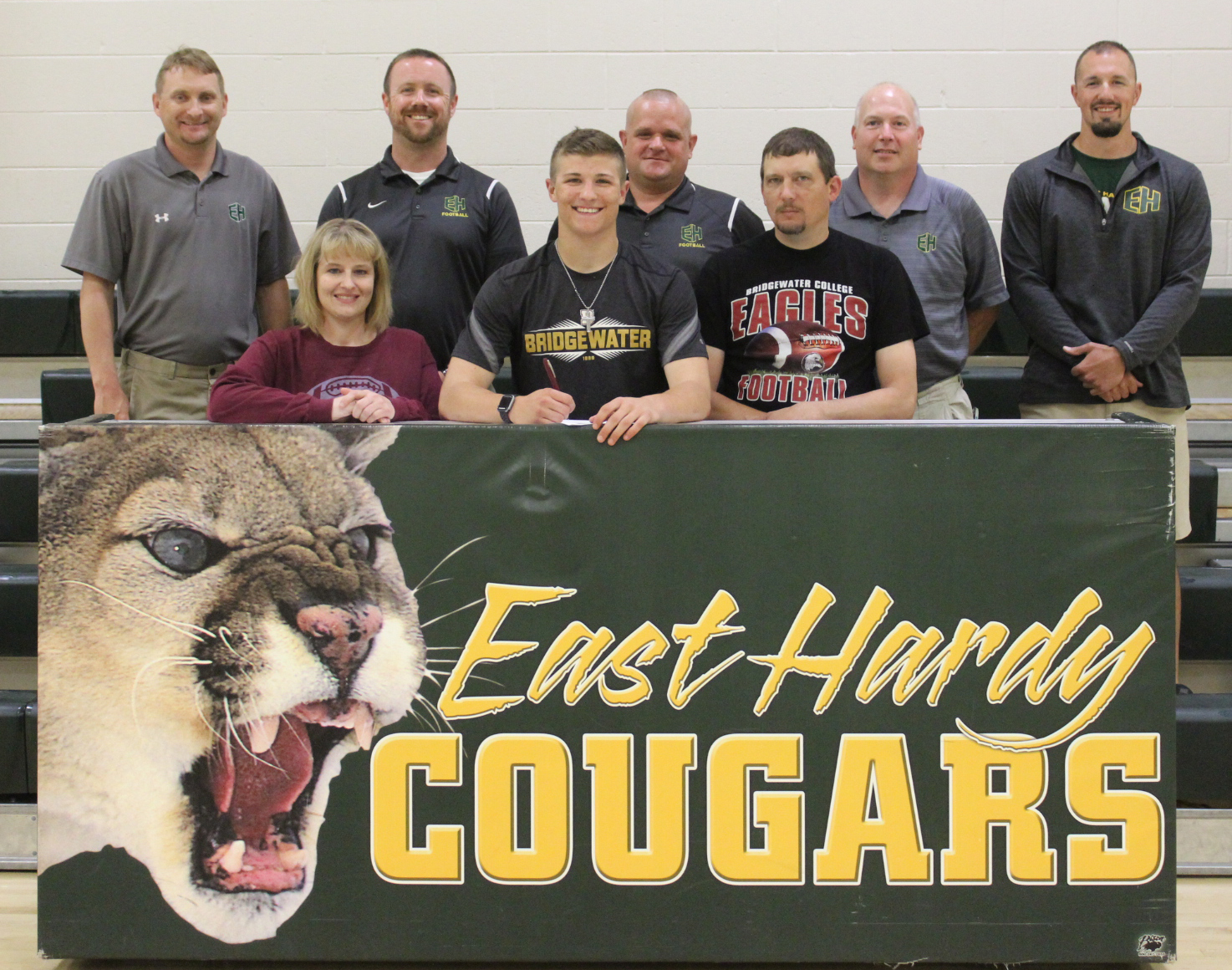 East Hardy senior Brett Tharp signed his national letter of intent to extend his academic and football career at Bridgewater College in Virginia this past Wednesday.

“I’m very blessed to have it. I’m glad I’m going to the next level and being able to play at the next level,” East Hardy senior Brett Tharp remarked.

“I love the sport. I’m blessed to be able to play the sport and I’m glad for the opportunity to play. I’m glad for everybody here, my family and coaches and my girlfriend and her family for supporting me through it.”

Tharp is the all-time leader for receiving yards in a single game, season and career for the Cougars and was the first in school history to receive the Carl Lee Award for defensive back of the year for the state of West Virginia.

During his career as a sophomore and junior, Tharp helped East Hardy reach the Class A state championship.

“I think it’s a great opportunity for Brett. There’s no question that he’s one of the most talented athletes we have ever had here and his talents should flourish at that level,” East Hardy Athletic Director and former football coach Chad Williams explained.

Bridgewater College was founded in 1880 and has a 300-acre campus with over 1,900 students enrolled.

Tharp joins an Eagles Football program that was founded in 1899 and competes at the NCAA Division III level as a member of the Old Dominion Athletic Conference.

Bridgewater College Football coach Michael Clark enters his 23rd season at the helm with a career record of 147-96.

Coach Clark believes Tharp will make an impact for the program after adjusting to the collegiate level of play.

“In a game that is about match up this can give us an advantage. Multi sport High School players who have the potential to play multiple positions are recruits people chase. Once he acclimates to the college game where the speed and size of players will change for him we feel he can have a quality impact here.”