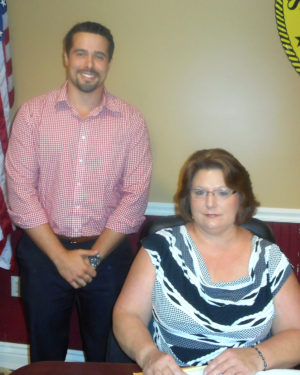 By: Mike Mallow
In: News
With: 0 Comments

Residents of Wardensville are fed up with cars blasting loud music in the wee hours of the morning, vandalism in the town park and vehicles speeding through town. In partnership with the Hardy County Sheriff’s Department, Councilman Ed Klinovski told the town council he wants to start a Neighborhood Watch program in Wardensville. “I’m putting together information about becoming a certified Neighborhood Watch Program,” he said.

“Members of the Neighborhood Watch are not vigilantes,” the NCPC website said. “Their duty is to ask neighbors to be alert, observant and caring – and to report suspicious activity or crime to police immediately.”

The Hardy County Sheriff’s Office said they are glad Wardensville is considering a Neighborhood Watch Program.

“The Hardy County Sheriff’s Office  is willing to lead a training session to teach the proper procedures for anyone participating as watch personnel. We have already maintained a higher level of patrol in the Wardensville area and look forward to expanding public safety through a Neighborhood Watch. I am looking into a program with the National Sheriff’s Association that allows citizens to report suspicious activity and crime via an app as well as our normal emergency numbers.”

Klinovski said he has initiated some actions, on his own, to slow traffic and has been relatively successful.

“I’ve collected some pictures, license plate numbers and makes and models of vehicles,” he said. “Working with the Sheriff’s Office, some of those issues have stopped.”

“I’ve heard the CVB got a grant and there will be painting, pictures will come down, display cases will go,” she said.

Council said they were not aware and would investigate.

Michele Moure-Reeves, executive director of the Hardy County CVB told the Examiner she has no plans to throw anything away.

“The Hardy County CVB will be installing displays that speak to the history of the entire county,” she said. “Currently the displays represent only Wardensville.

“We will also be installing a new sign outside.”

“The begonias will hopefully last another month,” he said. “We are looking at trying to keep them over the winter and replant them in the spring.

“The committee met and talked about planting boxwood and pansies  over the winter.”

Town Park
Klinovski said he and Councilman David Twedt mowed the park this week. He also installed some non-skid plates on the bridge, which tends to be slippery when wet.

He is still hoping to engage more volunteers to help with maintenance. Several suggest he check with Community Corrections for folks with community service requirements. It was also mentioned the high school students need community service hours as a requirement for graduation.

Other Business
•The council approved a motion to charge $0.50 per page for Freedom of Information Act requests for documents.

•The council approved the Backflow Amendment to Town Ordinance 99-04, requiring all businesses and some residences install backflow valves on water intake lines.

•The council approved a motion to charge the Water Department 75 percent and the Sewer Department 50 percent of rent and insurance and split the audit costs 50/50.

•The council decided to solicit a part-time public works employee rather than pay to have town properties, including the park, mowed by a private contractor.

The next meeting of the Wardensville Council will be held on Tuesday, Oct. 10, beginning at 7 p.m. The meeting will be held at the Conference and Visitors Center on Main Street. The public is invited to attend.