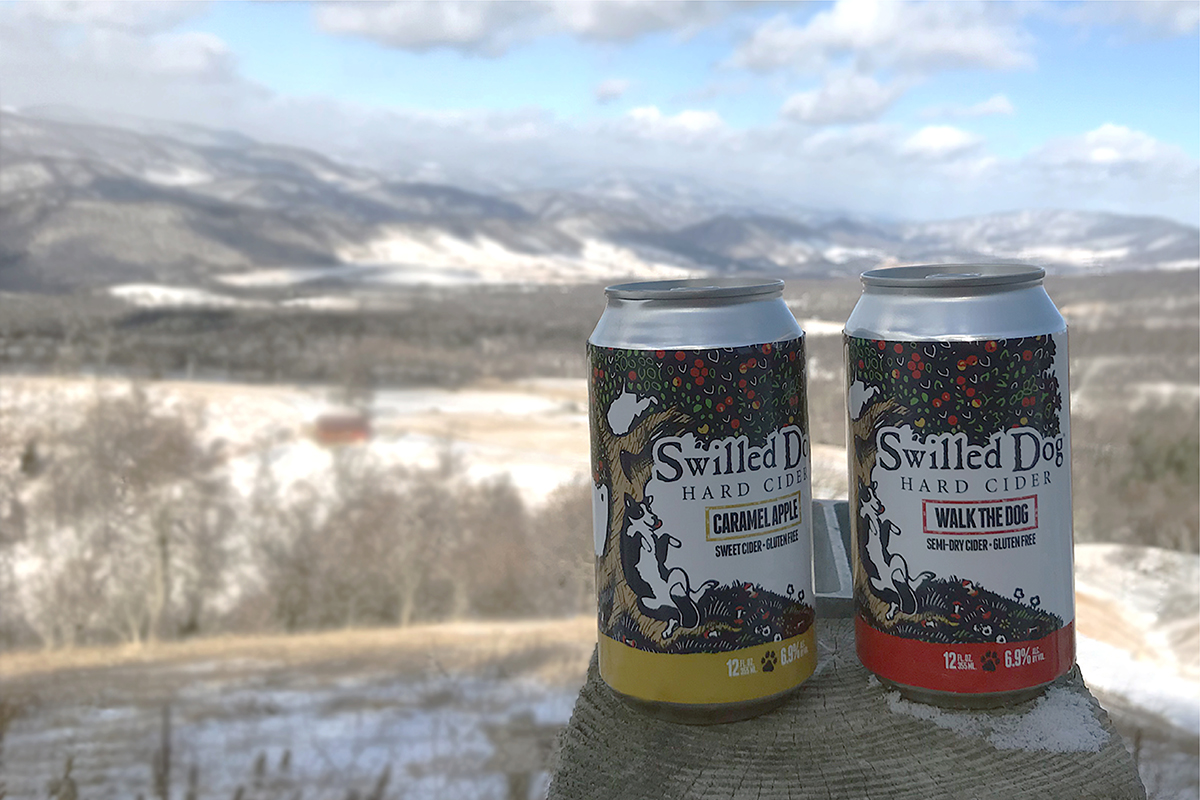 By: Mike Mallow
In: General

At the end of January, Swilled Dog will be offering two popular varieties of their award-winning cider in 6-pack 12 oz. cans all over the state of West Virginia. Walk the Dog, one of the company’s drier ciders, won a bronze medal at the world’s largest cider competition (GLINTCAP). Caramel Apple, the company’s sweetest cider, recently won Silver at Cidercraft Magazine’s cider competition.

“We feel by that by offering these two popular ciders on both ends of the taste spectrum, we are able to give everyone a chance to find something they will like. If you like something on the drier side, Walk the Dog will be for you. If you are into sweeter ciders, Caramel Apple will be for you. Our goal is to offer fun and flavorful hard ciders to enjoy with your friends and family. Putting these two award-winning ciders in a 12 oz. can accomplishes just that,” Sales and Marketing Director, Brooke Glover states.

Swilled Dog will continue to offer their fan-favorite, Bunny Slope (a citra dry-hopped cider) in 750 ml bottles as well as 1/6th bbl kegs. All of Swilled Dog’s ciders will be available in kegs for taps across the state. Moving forward, seasonal favorites will also be offered in cans and kegs.

In the rapidly expanding hard cider industry, Swilled Dog will be the first cidery to put cider in a can from West Virginia. Cider in a 12 oz. can is not uncommon in parts of New England and the Pacific Northwest. As hard cider trends continue to evolve and develop, Swilled Dog wants to remain in tune with the demands of its customers.

“Since opening, we have had many people asking for our ciders in a can. We also love to give the people what they want,” says Barry Glover, Swilled Dog’s Head of Operations “By offering our ciders in a smaller, more portable vessel, it will not only allow them to be consumed by our adventure seeking customers, but it will allow us to compete with some of the bigger cider companies across the country and showcase West Virginia’s ability to make great hard cider.”

Swilled Dog is also now able to ship its ciders to 38 states across the country via their online marketplace. They have even created a Swilled Cider Club where you can receive quarterly shipments of Swilled Dog Hard Cider right to your door. Visit www.SwilledDog.com for more details.