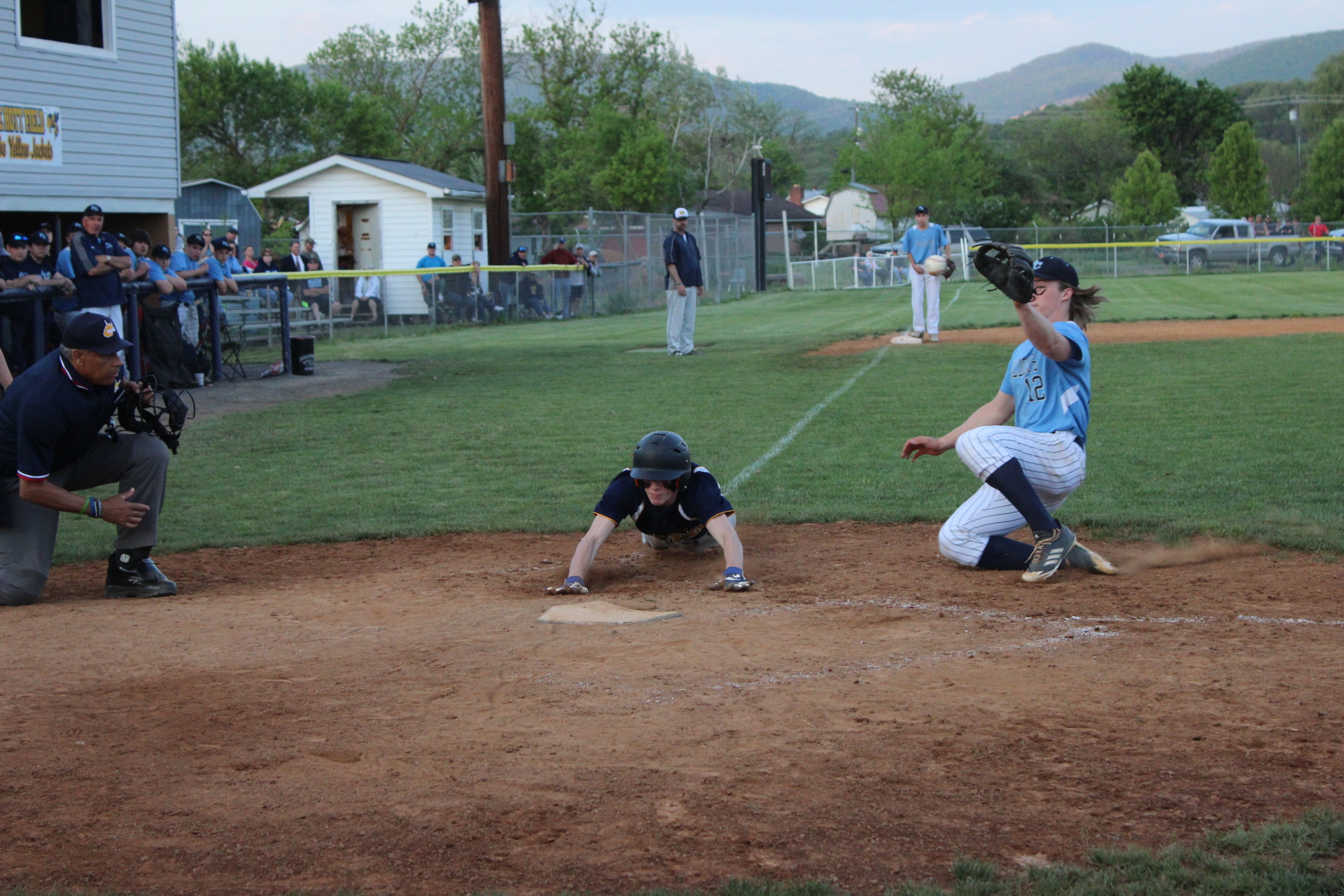 The Class A No. 8 Wildcats took an early lead clamping down on No. 4 Moorefield, but the Yellow Jackets broke free from the trap with five runs in the fourth inning en route to an 8-2 victory in the winner’s bracket final of the Class A Region II Section 2 Baseball tournament on Wednesday at George Hott Field.

Moorefield senior Garett Haggerty picked up the win tossing nine strikeouts on 97 pitches in six innings of work against Pendleton County, while closer Derek Hoyt earned the save with two strikeouts using 14 pitches.

“These guys were told early that this is a journey we’re on together and it’s not going to be easy. Nothing’s going to be easy, but our guys stayed focused,” Moorefield skipper Wade Armentrout remarked.

“We get a great pitching performance by Haggs [Garett Haggerty],a great senior to throw a ball out there and say hey we need you right now. We turned it over to [Derek] Hoyt who has been in that closing position all season long. They can do a lot of great things. The bats came alive in the middle part of the game and we finally got our timing down. We got a whole bunch of hits in a row and was able to get some runs he could work with a little bit. We’re on this journey and none of the games are going to be easy. Nobody wants to lose at this point in the year, so it takes a lot of heart and determination.”

The Wildcats (15-7) got a baserunners as Timothy Thorne reached on an error by Moorefield shortstop Isaac Van Meter and stole second base.

Haggerty issued a walk to Pendleton County’s Kole Puffenberger and Thomas Davis ripped an RBI single up the middle for the initial Wildcats lead at 1-nil with the side ending on a groundout by Joshua Wagoner to second baseman Brent Moran.

Haggerty was thrown out at first base on a dropped third strike, then Blake Watts smashed a double deep into left field for the Yellow Jackets (17-9) and advanced on a passed ball.

Watts attempted to steal home on a passed ball, but Puffenberger received the pass and made the tag during the slide by Watts to close the frame.

Pendleton County’s Jacob Lambert notched a single into center field to begin the second inning and remained at first base on a flyout by Kyle Kimble to Moorefield right fielder Thomas Williams.

Rexrode connected for an RBI single into center field to put the Wildcats up 2-0.

Haggerty kept Rexrode in check at first base and finished the side with another strikeout to Evick.

Moorefield’s Jake Ours hopped on board with a walk from Puffenberger, then stole second base and advanced to third base on a groundout from Baldwin.

Van Meter launched an RBI sacrifice fly into left field to cut the deficit to 2-1 and the inning was over on a strikeout to Lane Ours.