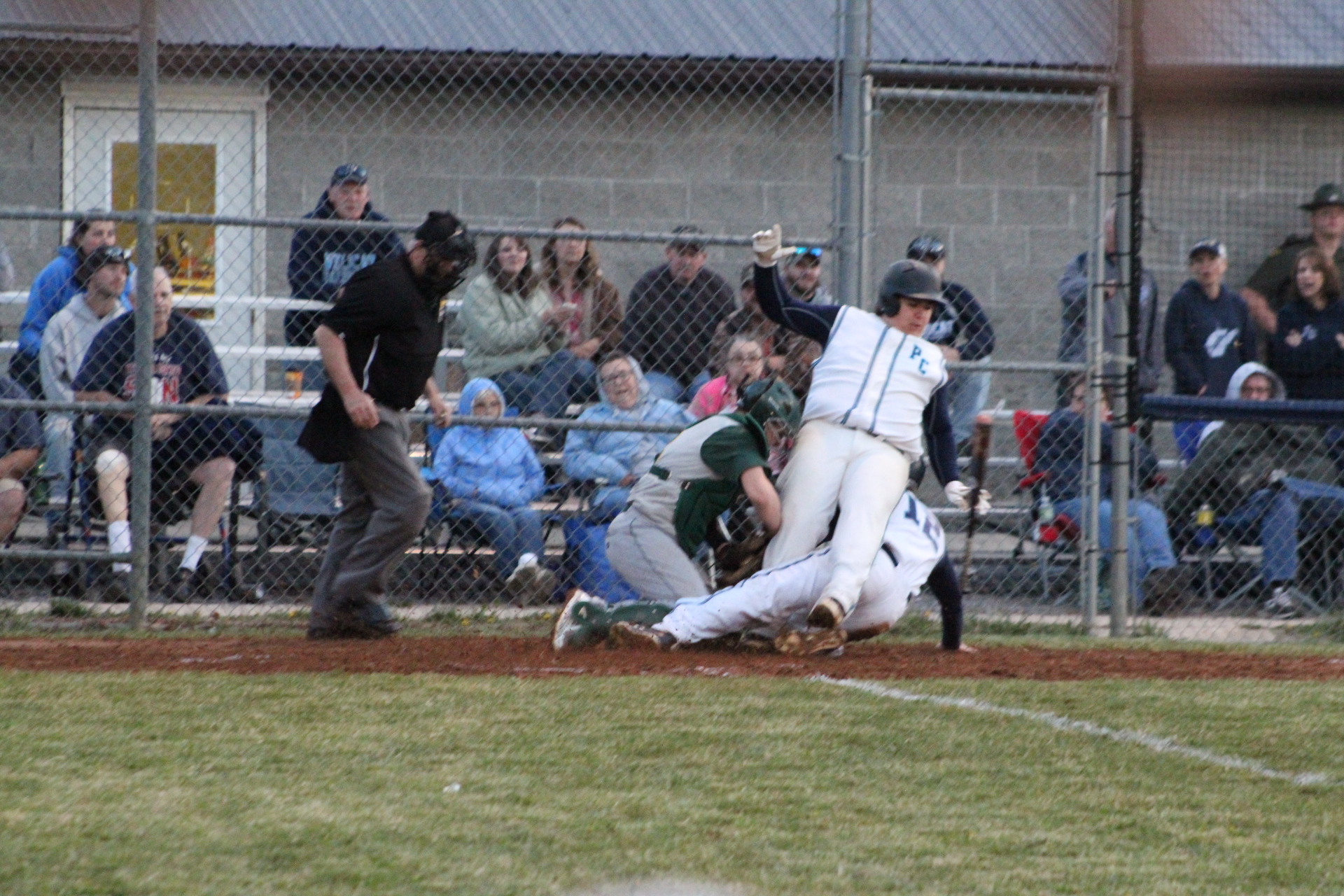 In a pitcher’s duel it is always tough to find runs and Class A No. 9 Pendleton County managed to squeeze two runs in the fourth inning off a bases loaded situation and limited the Cougars to one lone run in the sixth inning to secure a 2-1 victory in Franklin on Wednesday.

“Clay [Skovron] coming back from the sickness he had and being able to come out here and pitch the way that he did, he pitched a great ballgame,” East Hardy coach Eric Heflin stated.

“That really affects how everybody else plays and it showed. We only had two errors and that’s a big improvement from the beginning of the season.”

Pendleton County pitcher Timothy Thorne issued a pair of walks to Cougars batters Clay Skovron and Brett Tharp with two outs in the first inning before retiring the side with a strikeout to Adam Baker.

East Hardy pitcher Clay Skovron opened the bottom of the first inning with a strikeout to Wildcats leadoff batter Addison Rexrode, who had hit two home runs in the previous meeting in the initial frame.

East Hardy catcher Alex Miller made a pickoff throw to first base as Lambert was caught off guard with the tag made by Adam Baker to end the inning.

“That was a good win, a good baseball team there,” Pendleton County coach Sam Yokum remarked.

“I was real proud of Tim Thorne as a far as a defensive standpoint. This was the first time he has gone past 75 pitches and I was very pleased, because I know East Hardy hits the ball very well. From an offensive standpoint, it was very disappointing. In the fifth inning, [Clay] Skovron was only at 50 pitches. He was very effective against us and it didn’t give us an opportunity to create some good offensive situations.”

In the top of the second inning, East Hardy’s Noah Miller hit a towering shot near the left field foul line and Wildcats shortstop Cameron Kisamore tracked it down.

Andrew Tharp hit what would have been a blooper in shallow left field, but Kisamore chased after it making backhanded catch before crashing to the turf for the second out.

East Hardy’s Austin Alt drew a walk, but was caught stealing second base with a throw by Pendleton County catcher Kole Puffenberger.

Puffenberger jogged to first base prematurely in the count thinking his last at-bat would carry over, but was sent back to the batter’s box and Skovron got the strikeout.

The Wildcats failed to get a runner on base as Thomas Davis grounded out to catcher Alex Miller and Grant Evick flew out to center fielder Christian Dove.