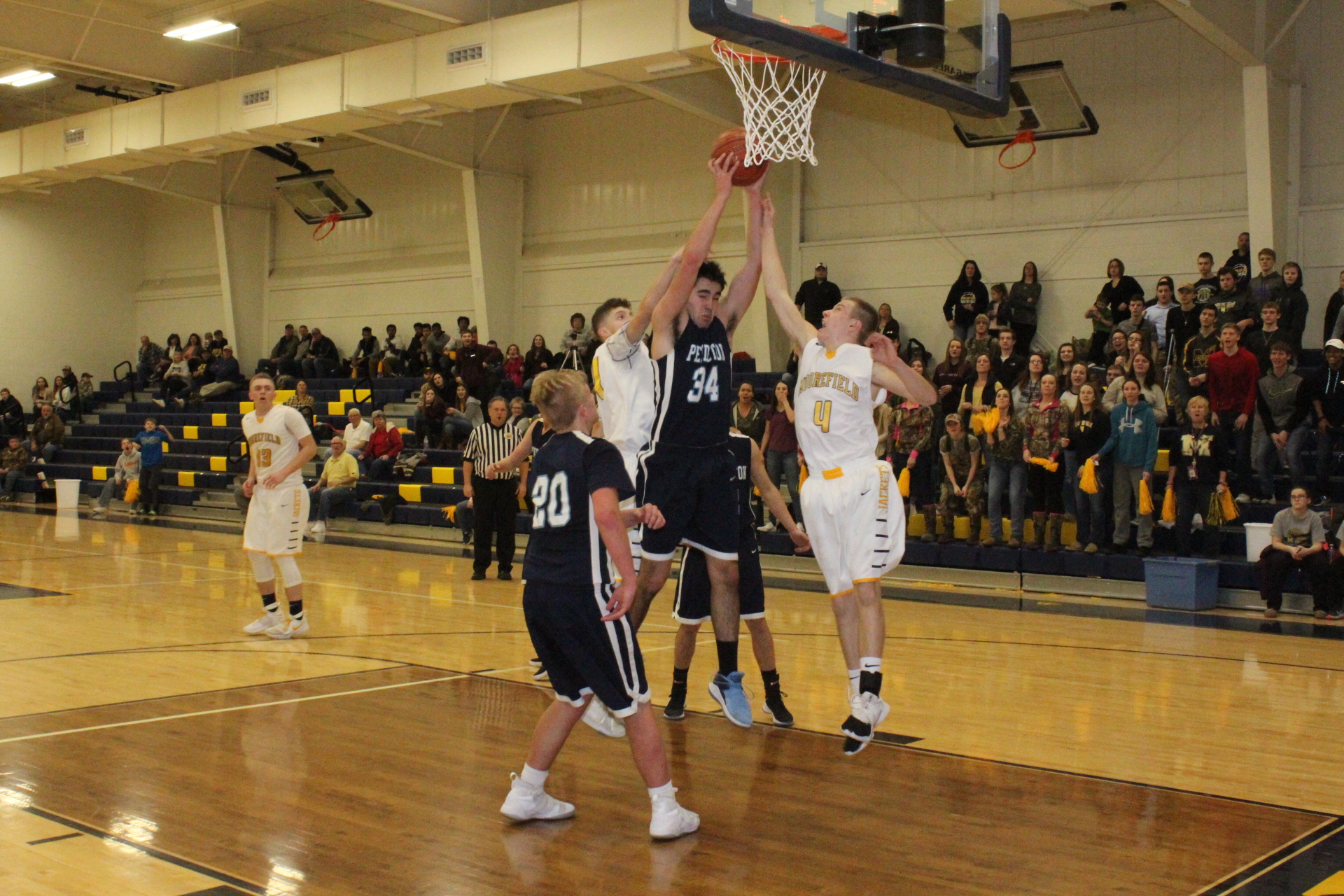 The Yellow Jackets shook off a chilly start to take an early advantage riding the student section hype on senior night before Pendleton County hushed the crowd with a rally and staved off a late comeback to crash the ceremony with a 56-48 victory in Moorefield on Friday.

“They hit some shots. We made some mistakes defensively and offensively. In a game like that, you can’t make mistakes and it cost us in the end,” Moorefield Coach Scott Stutler remarked.

“They made shots and we didn’t, they made a lot better percentage. We didn’t hit many shots in the second half and that hurt us. We were inconsistent. We couldn’t get the ball underneath when we needed to and we just couldn’t make shots when we needed to. We’ll keep getting after it.”

After honoring seniors Garett Haggerty and John Bentley, Moorefield (3-13) was left picking up the party favors as the Wildcats (5-8) notched a steal and score by Marcus Sites to start the game.

A deflection by Pendleton County’s Laird Sweet created a turnover with the ricochet falling in the hands of Sites, who drilled a 3-pointer to take a 5-nil edge at 6:37.

Having split the two earlier season contests, this game had the potential to be a classic.

On the ensuing possession, Moorefield’s Brent Moran knocked down a 3-pointer and Haggerty stole the ball as the Yellow Jackets student section shouted with excitement and lifted their yellow shakers.

Moorefield missed the next three attempts, despite two rebounds by Ben O’Neill before the Wildcats took over with a board by Bailey Thompson.
Blake Watts made a defensive rebound, but the Yellow Jackets failed to score again and Sites snatched the rebound before being fouled.
Watts went up for a defensive rebound and was fouled in the process.

Moorefield’s Chase Vance netted an old-fashioned three-point play at the 4:04 mark to take a 6-5 lead and Draven Roberts kicked the ball without repercussion.

On the next series, Roberts cut through the paint for a layup to put Pendleton County up again.

The lead changed again at 3:15 as Vance hit a pair of free throws, 8-7.
Moran pressured the Wildcats to lose the ball out of bounds, then Haggerty nailed a jumper at the top of the key.

Watts collected a defensive carom, then Vance was fouled gathering an offensive board and sank both free throws to give the Yellow Jackets a 12-7 lead at 1:51.