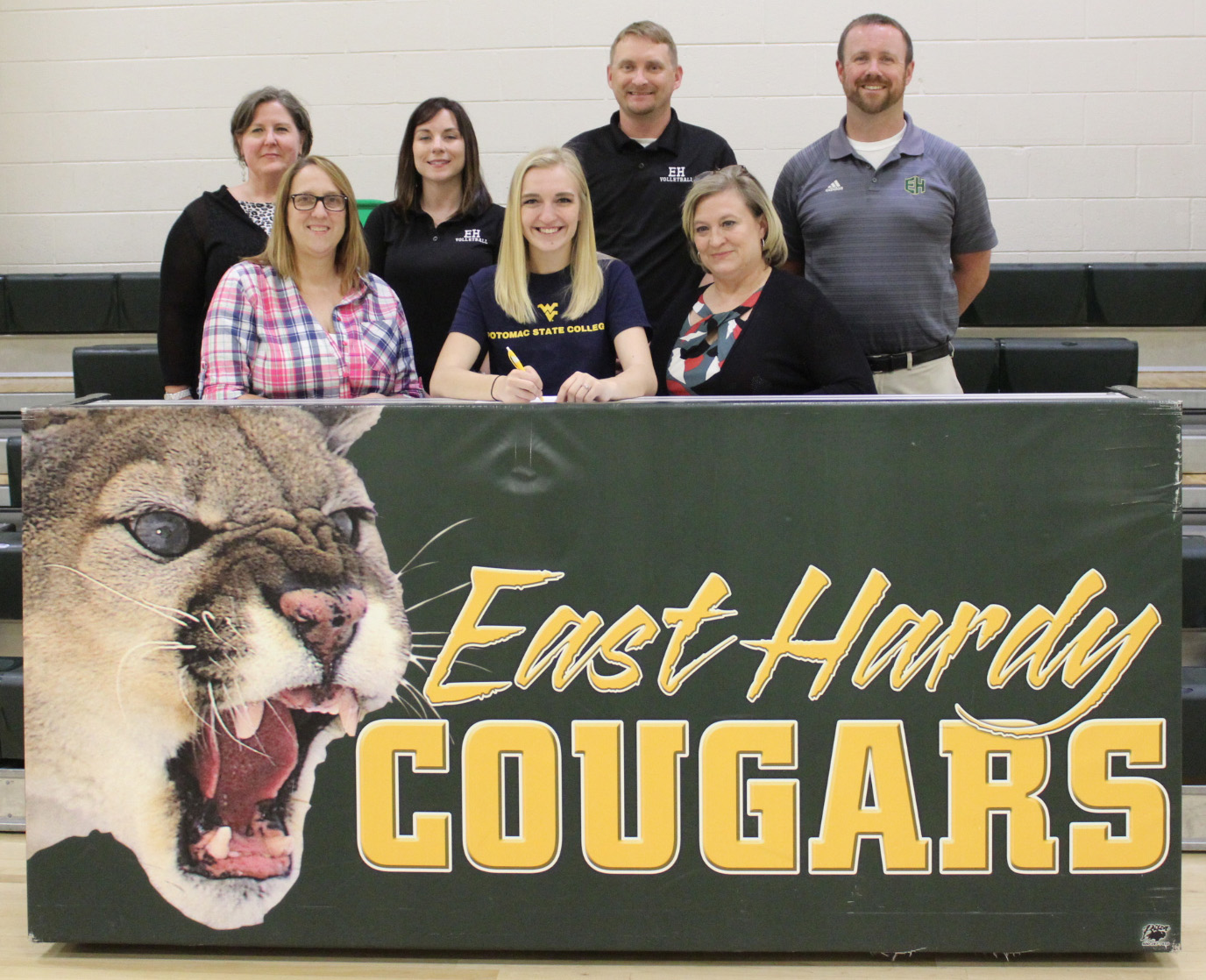 “This is honestly one of the best feelings in the world. Over the years, I’ve completely fallen in love with volleyball and I’ve had such a passion for volleyball,” East Hardy senior Abigail Wilson remarked.

“Being able to extend that career and play in college is just an outstanding feeling.”

Wilson led the Lady Cougars in kills and blocks during her senior year and was a vital part of the Class A state volleyball championship squad during her junior season, so that intensity and winning drive will be a tremendous asset at Potomac State.

Entering the classroom in Keyser, Wilson plans to major in Biology and has been impressed by the small class size there which is a familiar feeling coming from East Hardy.

Wilson has developed along with the Lady Catamounts program attending volleyball camps over the years which should make the transition there much smoother.

“Overall I like the college, because of the smaller class sizes. Over the years we’ve been going to camp with Martha [Ganoe] and I enjoy how she coaches. I think I will be a benefit to the team and she will be a very good coach. It’s really hard thinking about not being able to play with my team here at East Hardy or with Marsha and Chris [Hahn]. I am excited to have a new beginning and to see where I can go from there,” Wilson noted.

Coming from a winning atmosphere is what makes Wilson a perfect fit for Potomac State, a premier juco program that just earned back-to-back Region XX championships.