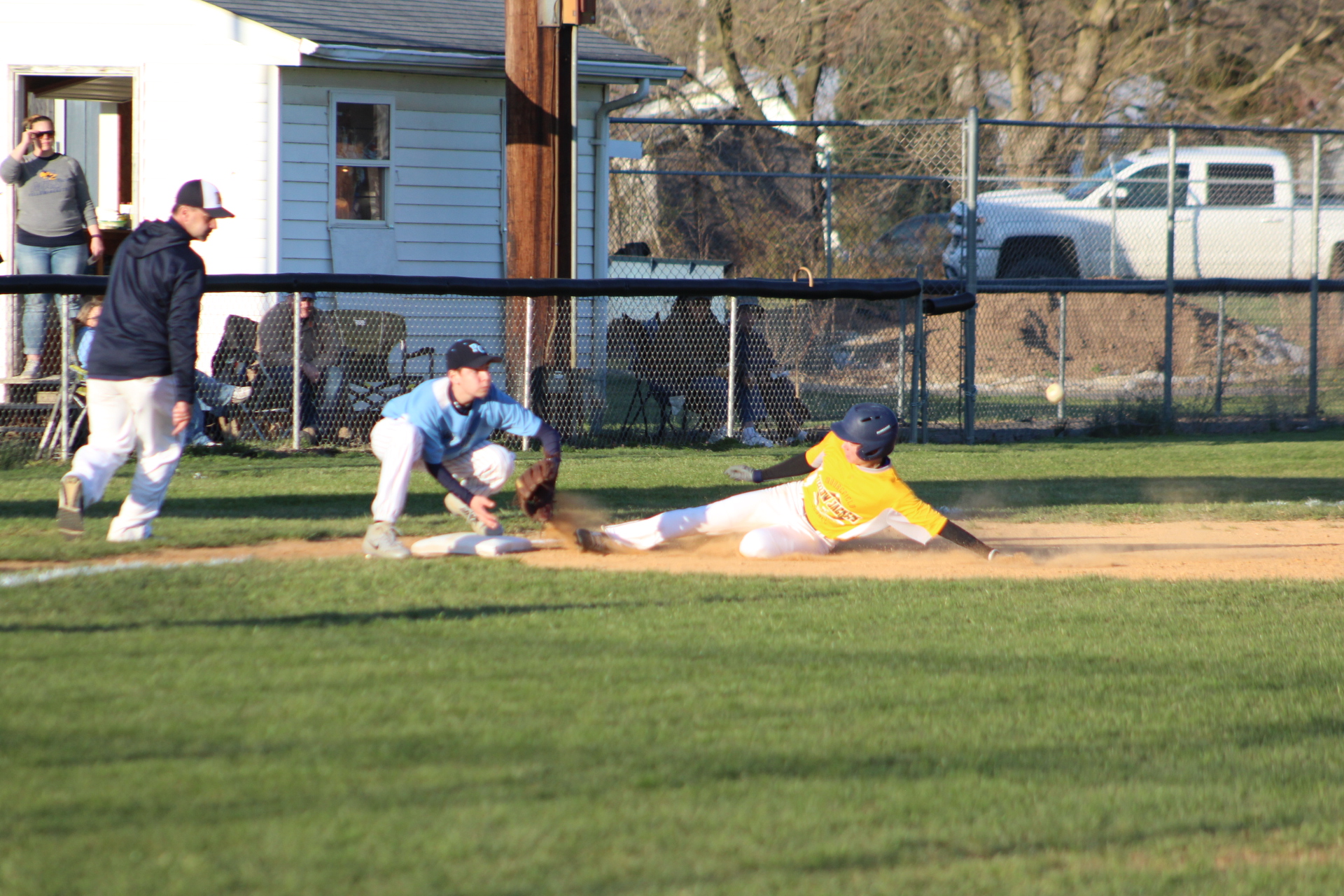 In a battle of Class A Top-10 baseball teams, No. 4 Moorefield commandeered an early six-run lead on the way to knocking down the No. 9 Wildcats with an 8-2 victory last Wednesday at George Hott Field.

“Our hits were certainly timely with two outs. We scored several runs in one inning with two outs,” Moorefield skipper Wade Armentrout commented.

“We had to make some adjustments to the pitching a little bit, stay back and keep our weight back so we weren’t popping some balls up. Once we could get our timing set, it helped out giving Blake [Watts] some run support and Isaac [Van Meter] came in and threw a good game. Our confidence was good coming into this game, knowing Pendleton County is a good team and you have to play well.”

Pendleton County leadoff batter Addison Rexrode, who hit two home runs against the Cougars on Monday, launched a full-count pitch off Moorefield pitcher Blake Watts and the ball was caught by center fielder Jake Ours.

Watts struck out Timothy Thorne before the Wildcats responded with consecutive singles by Jared Lambert and Kole Puffenberger, but the threat was neutralized as Watts fanned Thomas Davis.

Pendleton County pitcher Thomas Davis struck out Moorefield leadoff batter Brent Moran, but the Yellow Jackets answered on a single by Garett Haggerty which took a wicked hop past third base.
After a flyout by Watts and a failed pickoff creating a stolen base, Davis ended the inning sending Jake Ours to the dugout.

In the top of the second inning, Pendleton County’s Grant Evick reached second base on an error by third baseman Hayden Baldwin before Watts walked Joshua Wagoner.

Baldwin sent the ball flying deep into center field, but it was caught to start the bottom half of the inning.

Moorefield’s Isaac Van Meter squeezed a grounder into left field for a single and advanced on a groundout sacrifice by Matthew Mongold.
Hoyt reached on an error to put runners on the corners, then stole second base.

Lane Ours smashed a three-run home run to give the Yellow Jackets a 3-0 edge.

Moran ripped the ball into right field and turned the play into a triple sliding safely to Coach Armentrout’s corner.

Haggerty followed with an RBI double smacked into left field to extend the lead to 4-nil.
Puffenberger came in as the Wildcats pitcher and Watts knocked an RBI single up the middle.

Moorefield’s Jake Ours hit a deep ball into center field with the dugout shouting ‘ahh’ in the hopes of a home run knowing he had the power of two grand slams so far this season and the ball landed in play for an RBI double, 6-0.